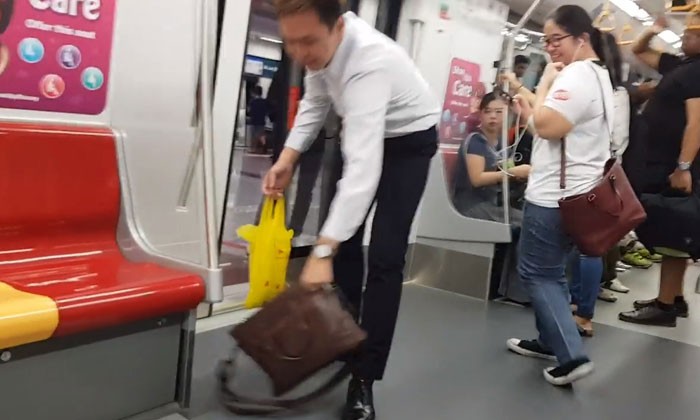 If you do buy live ones home, however, it might be a good idea to find something sturdy to transport them in.

One MRT commuter found out the hard way.

A video posted by Natasha Genevieve Lee shows what happened after a couple of crayfishes found their way out of a plastic bag on a train carriage.

In the video, the male passenger can first be seen picking up a crayfish that was under his seat.

Another commuter then informed him that there was another on the loose near the doors.

As the man went to retrieve the crustacean, sounds of laughter can be heard coming from others who were sharing the carriage with him.

One can be heard saying:

"No worries, they are fresh."

The commuter went back to the seat at the end of the video after making sure his crayfishes were all accounted for.

Since it was posted on Oct 27, the video has garnered more than 1,300 shares.

Related Stories
Weird photos that prove Asia is much more bizarre than you think
Epic fails that show how online shopping can give you trust issues
Weird photos from around Asia to tickle your funny bone
More About:
funny
MRT
unusual