High-pitched auntie screams at cabby and accuses him of cheating 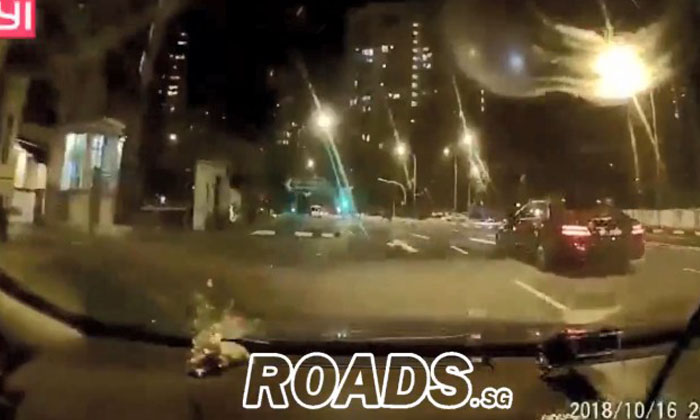 A female passenger screamed at a taxi driver for heading to the wrong location and accused him of trying to cheat her.

The incident was captured on a video on social media.

The video's timestamp captured by the in-car camera of the taxi shows when it occurred, on Oct 16 at 8.04pm.

It is unclear where it happened.

This is the second video that Stomp has reported on this week involving a dispute between a passenger and a taxi driver.

In the previous report, a woman vaguely asked the taxi driver to drop her off at Serangoon North, "where there are a lot of animals" and shouted at him when he was unsure.

In the latest video, which garnered 26,000 views on Facebook page ROADS.sg, a woman screamed at the taxi driver asking him if he thought she was going to Studio M instead of her home.

She said: "Do you think I'm a tourist? You think I said the words Studio M Hotel, means I stay in the hotel ah? I'm using it as a landmark."

She repeated her address again.

She continued with: "You want to cheat me is it?"

The driver replied and said: "If you complain then I jialat already."

"There are many bad people who cheat others of money, but I am not like that. As long as you pay what you are supposed to pay, then that's ok.

"You don't have to make me seem so bad. I know you are rich, and you see taxi drivers are low-class people," he added.

She retaliated and said: "So we got a lot of money means you must cheat us?"

He reiterated that he was not cheating her.

He said: "I ask you to complain, then you don't want to complain. Now I give you your bill, go and complain."

"You have your receipt already, and you already signed it. Anyone can sign a receipt," she said

The driver added: "I also haven't said anything."

The driver then turned left.

Suddenly, the woman screamed even louder and said: "B**ch! It's supposed to be straight. People very close you know.

"What's wrong with you? You want to cheat what! Now there is an extra surcharge. You want to earn extra money, don't know how to drive is it?"

The driver then made a U-turn to go by the route the woman wanted.

The woman continued sarcastically: "If you want to earn extra money, you can go to Changi and make a U-turn.

"You can go all the way to Bukit Timah to make a U-turn. You can earn extra money, a few more dollars.

"Go to Tiong Bahru there to make a U-turn. You want to take the long cut, go and take. Maybe you can go to Fort Canning and get lost."

The video ended exactly at 8.07pm.

Related Stories
Woman keeps scolding and yelling at helper to hail cab: "Just put your hand out... before I throw you here!"
Man shouts vulgarities at female driver for her 'attitude': "You're a woman you know!"
What's going on here? Cabby and Grab driver hurl vulgarities at each other
More About:
taxi
cabby
taxi driver
shouting