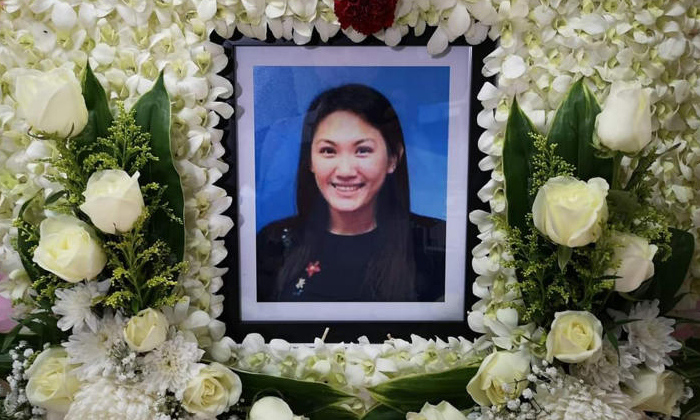 A Malaysia-registered bus that was involved in a fatal accident on a ramp near the arrival hall of Tuas Checkpoint in February had been travelling at more than three times the reported safe speed before it hit a wall.

Yesterday, Coroner Marvin Bay noted that the Malaysian driver, Mr Kalaimani Muniandy, 60, had been driving at more than 60kmh before the accident took place at a bend around 4.30am on Feb 26.

The "safe speed" for travelling there was 15kmh to 20kmh, investigation officer Clarence Lim had told the court. He, however, did not state the speed limit for motorists in the area.

Two passengers in the bus were flung out of the vehicle and the women fell a height of about three storeys to the ground below.

One of them, Malaysian production operator Mok Fei Chen, 35, died of multiple injuries at the scene, while the 21-year-old woman survived. Coroner Bay found Madam Mok's death to be a "tragic traffic misadventure".

He added: "It would... appear that the major contributing cause to the event would be Mr Kalaimani driving his bus at such a speed that it would have caused (him) some difficulty in safely negotiating the slopes and the bend.

"At some point during these manoeuvres, the bus had destabilised, skidded and veered towards the right wall."

Madam Mok, who worked for technology company Hewlett-Packard in Singapore, was travelling on the bus from Johor with 15 other people - mostly her colleagues - when the accident occurred. Her husband, Mr Tai She Chun, 38, was also in the bus.

Mr Kalaimani had earlier told investigators that the bus brakes were faulty.

He had also stated that despite applying the brakes, the vehicle did not slow down and the brake pedal could not be fully engaged.

He was taken to hospital for injuries, including fractures to his right elbow and thigh bone.

Coroner Bay said: "Mr Kalaimani told the investigation that he did not know why the brakes were not working as the brakes seemed to be 'working well' before he had arrived at the checkpoint."

The coroner noted that a test could not be done on the bus after the accident as its operational components were damaged.

He, however, noted that the bus had been maintained regularly and was inspected just two days before the tragedy. "There was no evidence to suggest possible mechanical failure which may have contributed to the event," he said.

Madam Mok is survived by Mr Tai and their two young daughters.