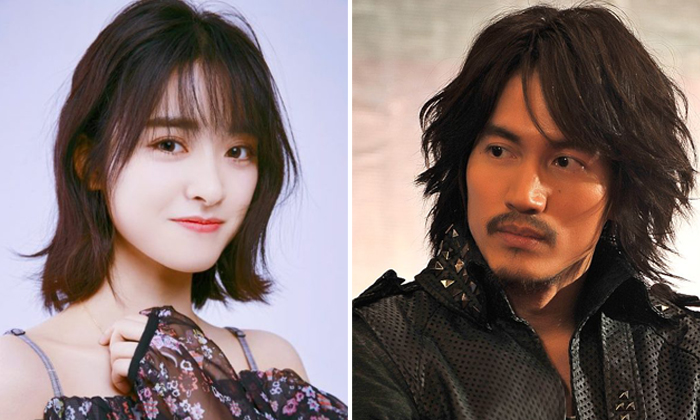 Taiwan model Lin Chi-ling is holding her wedding in Tainan, Taiwan on Sunday (Nov 17) but her old flame Jerry Yan is still single, claiming that he finds it "quite hard to meet girls".

He plays an editor who romances a designer, played by Chinese actress Shen Yue.

Their fortunes change after they share an accidental kiss.

But given that Shen is only 22, the 20-year age difference between the co-leads has not gone down well with some netizens.

When shooting started in July, the critics questioned the casting choices, saying that Yan and Shen were more acceptable, and believable, if they played, say, uncle and niece.

Others, while accepting that Yan has maintained his physique and looks, said they were still uncomfortable with the big age gap.

The harping over that issue has surfaced again after a trailer for Count Your Lucky Stars came out early in November.

Such comments are an unnecessary distraction for Yan who is making an acting comeback after tearing his anterior cruciate ligament during a game of basketball in December 2016.

But Yan has his defenders too, with some netizens calling him a "vampire" because they noted that he has not aged since Meteor Garden.

"So, time has stopped for Jerry Yan? I see that the world is full of vampires. It feels like this is just his next drama after Meteor Garden. He looks just the same," a Twitter user wrote after watching the trailer.

Meteor Garden put Yan and the other members of Taiwan boy band F4 in the spotlight in 2001.

The trailer for Yan's new drama has also scored points, with netizens noting that his character gets to say: "If apologies were useful, why would we still need the police?"

The feel-good, down-memory-lane factor continues with the casting of Shen, who was the female lead in a 2018 remake of Meteor Garden.

But Yan has not been able to count his lucky stars when it comes to love in real life.

Lin, 44, who announced her marriage to Japanese actor-singer Akira, 37, in June, and Yan started dating in 2000 but split up six years later.

Apple Daily reported that he was downcast when he first heard about the marriage.

Yan's former girlfriend, model Seanna Chang, revealed that he told her that Lin is the only woman in his heart.