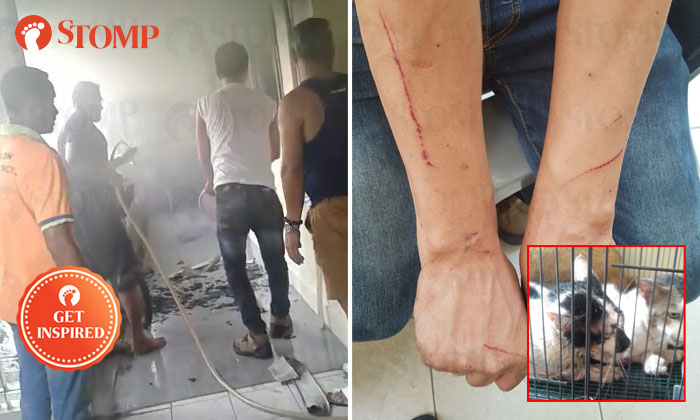 Two brave men stepped forward to save five cats after a fire broke out in a unit at Block 257 Yishun Ring Road on Sunday morning (July 14).

Stomper Francis, Kohji and Wati alerted Stomp to the incident and shared photos and videos taken at the scene.

The Singapore Civil Defence Force (SCDF) told Stomp that they responded to the fire at about 10.10am.

The fire involved the contents of a bedroom in a unit on the third floor and was extinguished by the SCDF using two compressed-air foam (CAF) backpacks.

Two people were taken to hospital due to suspected smoke inhalation, a spokesman said. 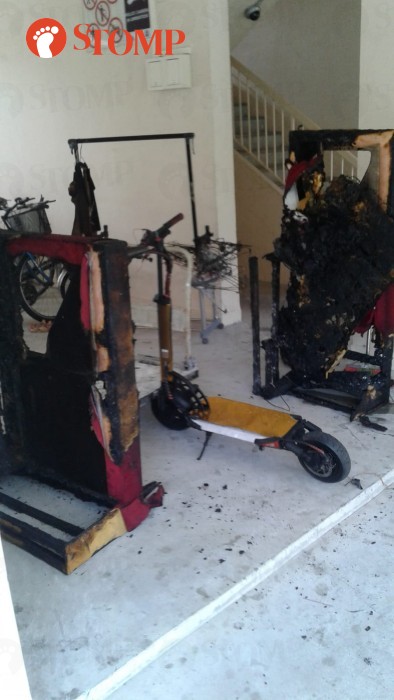 Preliminary investigations indicate a personal mobility device (PMD) was being charged when the fire occurred.

"Two selfless heroes managed to rescue the cats before the SCDF arrived, getting injured in the process," said Francis, who lives a few blocks away from the affected block. 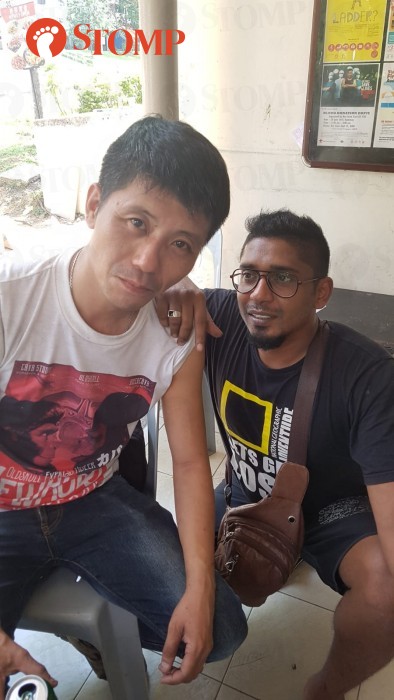 "Five cats were rescued and one of them was, unfortunately, slightly burnt."

His photos showed long scratches on one of the men's arms.

He also shared a video of the men who were joined by other Yishun residents as they tried to put out the fire with water-filled buckets and a hose.