Here's where you can get the 'cheapest kopi-o in Singapore' 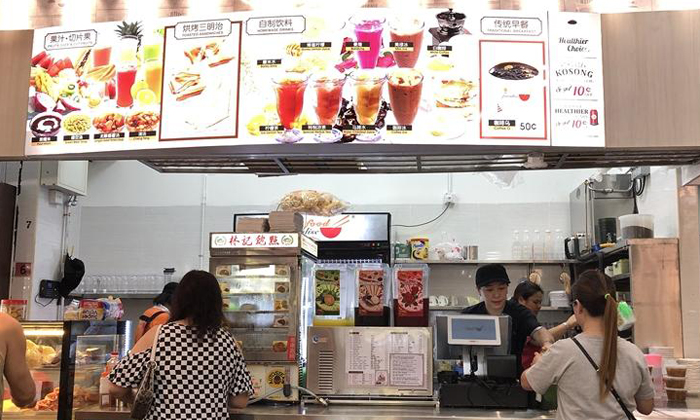 Do you know where you can find the cheapest cup of black coffee in Singapore?

According to Shin Min Daily News, a cup of kopi-o from the Food Paradise coffee shop at Block 279 Sengkang East Avenue, near Buangkok MRT station, costs only 50 cents.

The coffee shop officially opened on March 15 and launched the promotion to much success, with residents flocking to it over nearby eateries that sell the same drink for around $1.

A source told Shin Min: "As we are newly-opened, we might need more time to know what actual sales are like.

"However, based on the past three days, the sales from beverages have all exceeded $1,000. The amount is three to four times higher on weekends."

Reporters visited the coffee shop on Monday (March 18) at around 3pm and noticed that it was very lively, with many elderly people occupying the tables.

Most of them had ordered the coffee shop's signature drink of kopi-o and were enjoying it while reading the papers or chatting with people.

Wang Kunshan, 67, said he drinks two to three cups of coffee every day.

With most kopitiams and hawker centres selling the beverage for 90 cents to $1, he spends up to $3 on coffee daily.

As such, Mr Wang was elated when he found out that the Food Paradise coffee shop was selling his favourite drink at only 50 cents.

He added: "The kopi-o here is not different from those elsewhere. The taste is similar."

Related Stories
$2.70 cup of 'Milo Elephant' at Tampines coffee shop sparks debate
Die die must try: 'This Serangoon stall sells the best prata that I've ever had in my life'
Want an extra bowl or plate at this Ang Mo Kio hawker centre? You might need to pay 10 cents
More About:
food
coffee shop
cheap