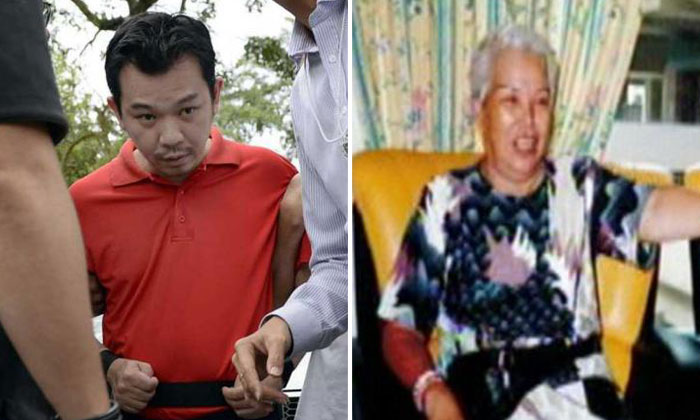 Lee Sze Yong was fixated on getting rich by kidnapping someone wealthy and demanding huge ransom sums.

After he was arrested for kidnapping the 79-year-old mother of Sheng Siong supermarket boss Lim Hock Chee, police found, among a stack of documents, two pieces of paper on which Lee tabled a "spending plan" for the ransom money.

He told police: "I had a dream of becoming rich. I thought if I managed to get $10 million or $20 million ransom, I could buy a $5 million or $8 million property as well as buying expensive cars. These are just my illusion (sic)."

In the two tables - one based on a hypothetical $10 million ransom and the other on a $20 million ransom - he worked out how he would use the money to clear his debts, and buy a house and cars for himself and his former sexual partner and "soulmate" Heng Chen Boon.

If the ransom was $20 million, he would buy an $8 million house and spend $880,000 on a Ferrari California for himself. The shopping budget would be doubled.

The rest would be invested, put into fixed deposits and savings, and used to start a business.

But Lee not only thought of the best-case scenario, he also envisioned the possibility of his kidnap plan failing.

He drafted a message in Chinese to Heng, to be sent if he was arrested, telling him to sell their four-room HDB flat and downgrade to a three-room flat.

Lee also prepared an authorisation letter to transfer his share of the flat to him.

Lee and Heng were penpals who had a decade-long sexual relationship. Lee and his mother later moved into Heng's flat and Lee said he serviced the $623 monthly loan repayment.

Lee told police that when his father was placed in a nursing home, he could not make ends meet with his $2,000 salary. He used credit cards for food and drinks and overseas trips, and owed close to $200,000 to various banks.

Lee also used the name of a friend to borrow money and to buy a $110,000 Volkswagen Scirocco that was registered in the friend's name but used by him.