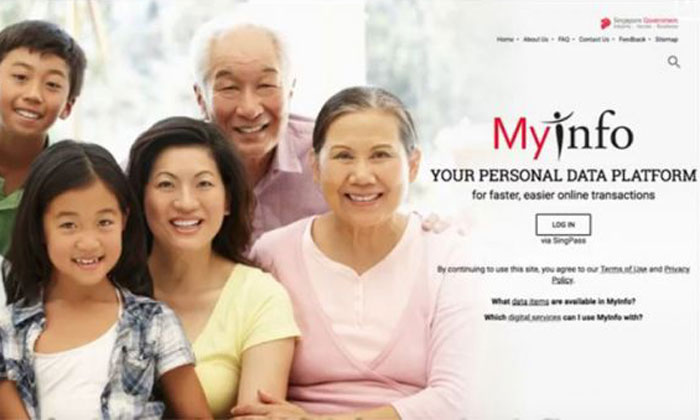 Many of our daily transactions are now done online as Singapore moves to become more digitalised.

These and more smart moves are being addressed in a six-episode video series by The Business Times. The first episode aired on Sept 5, and subsequent episodes were released bi-weekly. The penultimate episode will feature digital identity in Singapore and how it's revolutionising the way we transact online.

The Government Technology Agency of Singapore (GovTech) started an initiative to make digital transaction in Singapore more secure, seamless and user-centric. The National Digital Identity is a single digital identity that residents can use across both government and private sectors.

MyInfo is the first initiative rolled out under the National Digital Identity scheme. MyInfo is a service that allows 3.5 million SingPass users to manage their digital profiles and pre-fill forms in digital service transactions. Launched in 2016, information can be retrieved and verified by participating government agencies.

About 160 government services are expected to adopt the MyInfo platform by the end of 2018. MyInfo has been used by 1.4 million SingPass users in online transactions.

MyInfo was extended to the private sector in November 2017, making Singapore the world's first government to allow citizens to share data with businesses. More than 100 businesses have expressed interest to integrate their digital services with MyInfo.

For example, opening a bank account has never been easier at OCBC, with all account information being pre-filled by MyInfo. OCBC's Know Your Customer platform then instantly checks and approves the customer. OCBC saw thrice as much accounts opened online since the use of MyInfo, with 80 per cent of the applications through OCBC's website being filed using MyInfo.

"From three days to five minutes. That's what we are talking about," says Aditya Gupta, head of business, OCBC, on how fast it will be to set up bank accounts with a digital identity. He is featured in the fifth video in the series.

However, the need for data protection and security becomes more critical as personal information is taken and shared online. To safeguard customers' data, MyInfo users have to authenticate themselves and give consent every time data is shared. Additionally, users can check on past transactions from their account.

The final episode will focus on technological advancements made in security such as facial recognition and targeted checks.

The bi-weekly Web series will be released from September to November. It will be available on BT's as well as other Singapore Press Holdings platforms.

Related Stories
Moving towards a Smart City
Why Apple thinks it's smart to skip iPhone 9 to go for iPhone X
Adobe's HQ has everything an employee could ever dream of
More About:
technology
cool