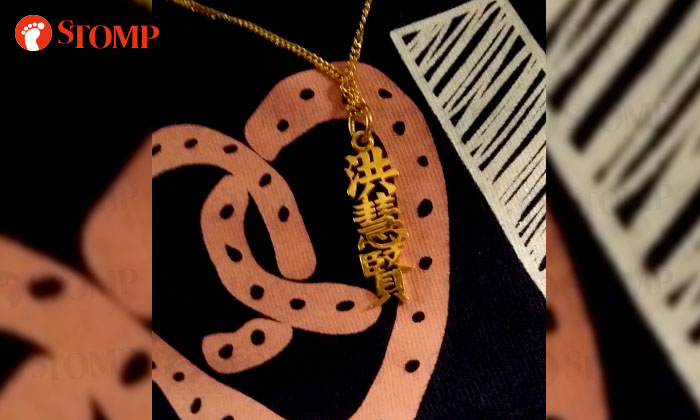 Stomper Mosie's three-year-old daughter lost her necklace while they were at Suntec City on Nov 6.

The customised necklace, which was gifted by Mosie's mother when her granddaughter was a year old, has three Chinese characters on it.

It was the first time Mosie's daughter was wearing the necklace out. 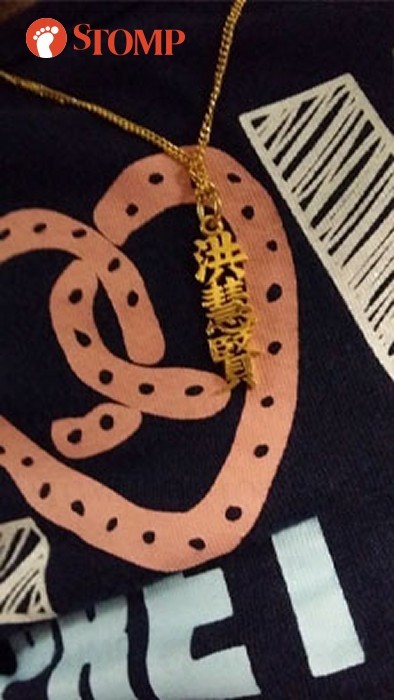 They had gone to a bookstore and then visited the toilet, before going to Toys “R” Us at Suntec City.

He said: "We had brought her to the play area on level three of the mall at about 7pm too. I think that is where it most likely got lost.

"We only realised it was gone when we were putting going to put her jacket on for her at about 9pm."

When Mosie discovered it was lost, he was sad as he treasured it a lot.

Mosie said: "My daughter realised how I was feeling and asked why I looked sad.

"Since she is still young, she does not know the value of the gift."

Mosie's mother also had one made for his younger son.

"I know there is a slim chance of finding it, but I hope if anybody finds it, they are willing to return to me.

"It is a customised necklace which was given to my daughter, by my one and only mum. Please help," added Mosie.

If you have any information regarding the necklace, kindly contact us at stomp@stomp.com.sg or WhatsApp (+65) 9384 3761.