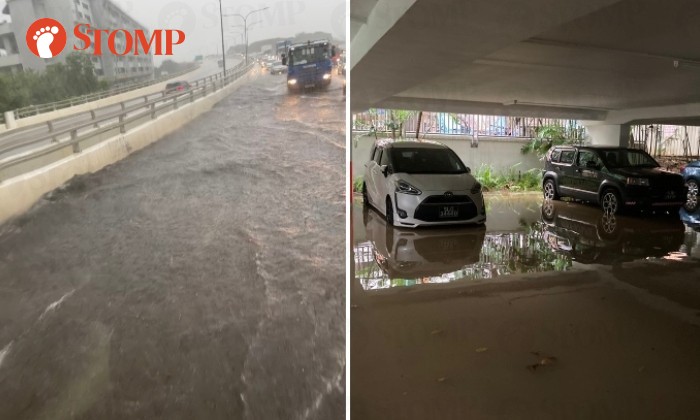 A heavy downpour on Monday (Nov 2) resulted in flash floods in various parts of Singapore.

In a statement posted on Facebook at 2.54pm, national water agency PUB said that water levels in drains and canals have reached 90% in several areas across Singapore and warned about the risk of flash floods.

NOTICE: RISING WATERS / POTENTIAL FLASH FLOODS Due to heavy rain, water levels in drains and canals have reached 90% in...

The National Environment Agency (NEA) also said in a tweet at 1.32pm that "moderate to heavy thundery showers with gusty wind" should be expected between 2.30pm to 3.30pm.

Heavy rain warning - Moderate to heavy thundery showers with gusty wind are expected over many areas of Singapore between 2.30pm and 3.30pm. PUB says flash floods may occur in the event of heavy rain.

Stomper Syafiig was on a bus during the heavy downpour at 3.30pm and submitted a video of water gushing down the road.

"The entire lane along Bartley Road was flooded, causing a jam," Syafiig said.

"It also seems that the downpour caused a car to break down too."

Stomper Alang also shared photos that he took at 4pm of a flooded carpark at Block 227A Lorong Toa Payoh. 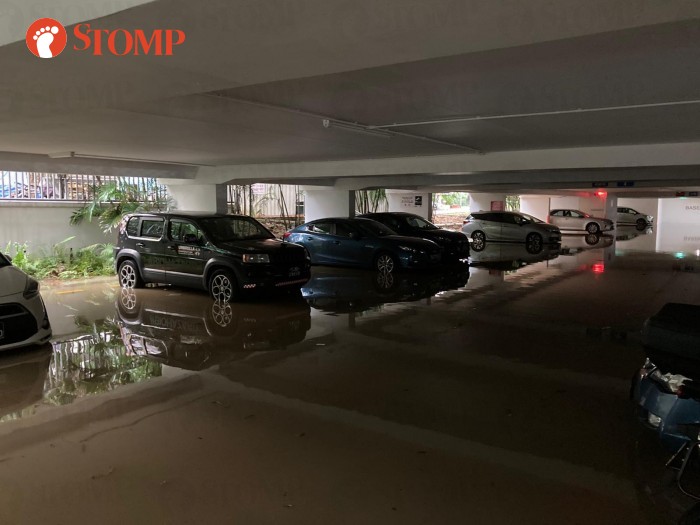 "I'm glad that I shifted my car before the rain became really heavy. If not, my car would probably have been affected by the flood," Alang said.

"I also saw that the roads were really flooded and cars had to drive through the water."

Stomper Mike also came across circulated photos of a tree that seemed to have fallen due to the heavy rain at Macpherson Road and sent them to Stomp. 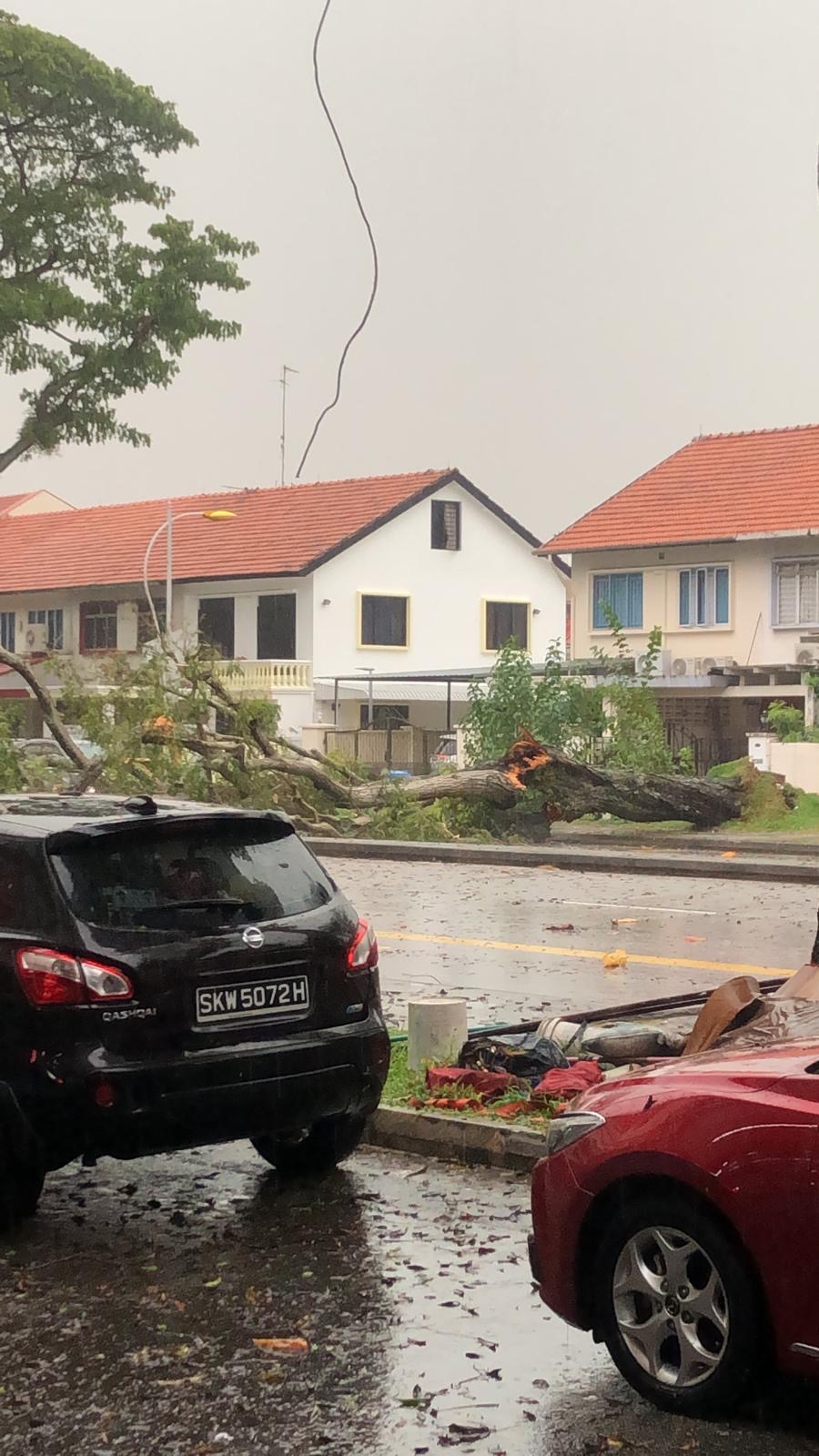 The Land Transport Authority (LTA) also tweeted about an obstacle at Macpherson Road and asked road users to avoid the right lane.