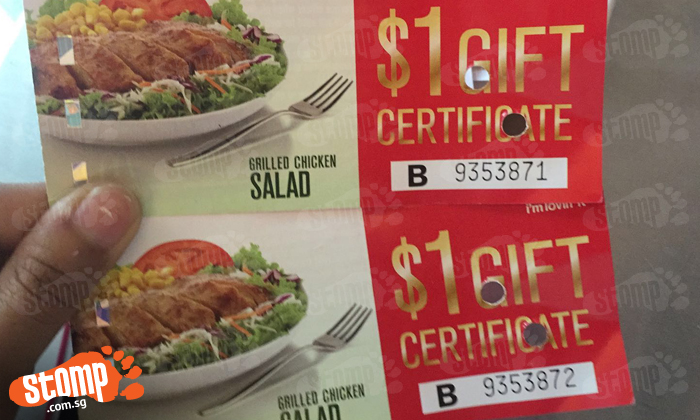 An Ang Mo Kio resident received a knock on her door on Tuesday night (Aug 2), and was greeted by a couple asking to do a 'CPF survey'.

According to the Stomper, a man and a woman, who looked to be in their late thirties, went to her flat in Block 469 Ang Mo Kio Ave 10 at about 11.30pm.

They did not say where they were from, but they started asking questions about her CPF.

"They asked me how much CPF I have? What am I going to do with it when I reach 60?

"I think they looked a bit drunk."

They then allegedly asked her for $7, which she gave, and in exchange they gave her some McDonald's gift certificates.

The next day, the Stomper went to McDonald's to use the vouchers -- only to realise they were used before.

"The vouchers were useless already, I felt so embarrassed," she recounted.