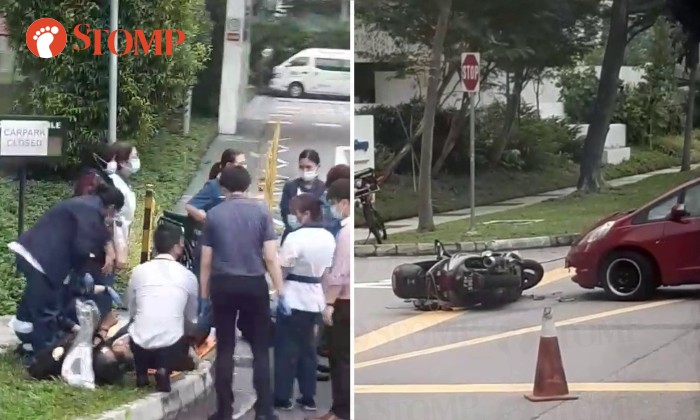 Healthcare workers from Yishun Polyclinic rushed to help after an accident involving a car and a motorcycle occurred just outside the polyclinic on Thursday morning (Oct 6).

Sharing a video of the incident, Stomper Rizzy said that she was going to work on SBS Transit bus service 860 heading towards Yishun Interchange when the bus went past the polyclinic at 7.47am.

The video shows a group of people surrounding a man lying on the ground. Three uniformed healthcare workers rushed towards them with a stretcher. The motorcycle can be seen lying on its side on the road in front of a red Honda Fit.

"Thankfully, there were healthcare workers who could help," said the Stomper. "The ambulance arrived a few minutes later." 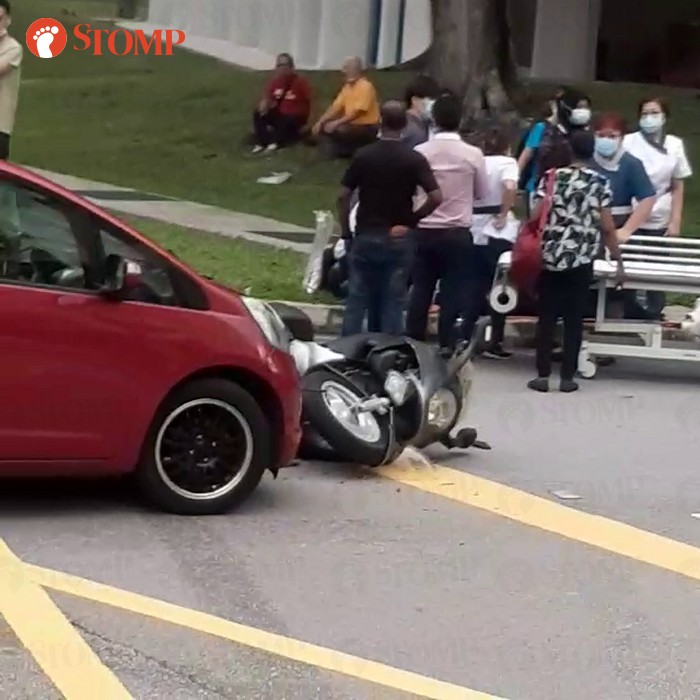 In response to a Stomp query, SCDF said it was alerted to a road traffic accident along Yishun Avenue 9 at about 7.40am.

When contacted by Stomp, the police said they were alerted to the accident at 7.36am and investigations are ongoing.