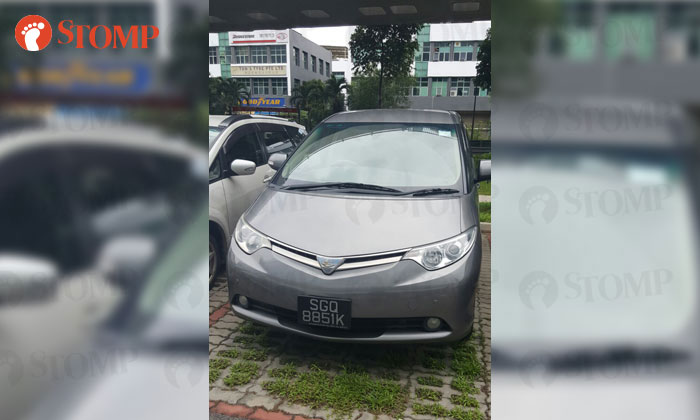 The missing car has been found. Read the full story here.

Stomper Allan is appealing to anyone who might have seen his grey Toyota Estima on the roads.

He had sent his car with licence plate number SGQ8851K to a workshop at Sin Ming Industrial Est Sector C in late December last year for a water leakage problem.

"It then turned out to be an issue with the engine," he told Stomp in a phone interview.

This was the fourth time that Allan had engaged this workshop to service his car.

"I insisted that my car was under warranty and that I would not pay for the repair."

"Next thing I knew, the workshop personnel had sent my car to another workshop on Jan 24 without my knowledge."

"He said that the other workshop would not release my car until I fulfil the payment."

He went down to the other workshop on the same day and found out from the owner that the personnel he had been corresponding with had collected the car already.

Allan said that the personnel then went missing in action and when he went down to his workshop at Sin Ming, it was closed.

He said that he has contacted the Land Transport Authority (LTA) and the car has since been classified as "missing".

He has also made a police report and shared a copy of it with Stomp.