Have they split? Faye Wong and Nicholas Tse didn't show up at each other's birthdays 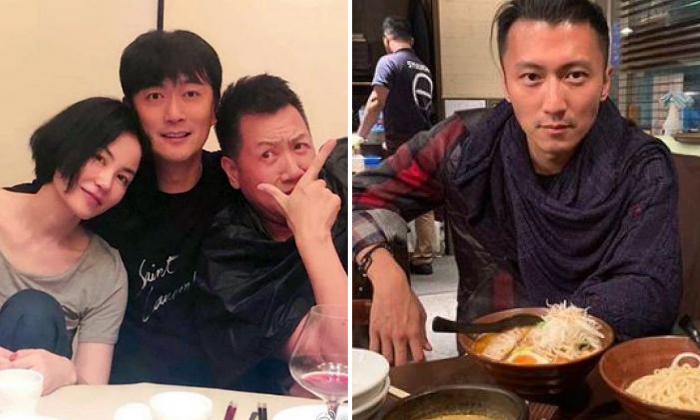 On Aug 29, Faye Wong reportedly was busy helping her 12-year-old daughter to register for a new school term.

While that devotion was described as a classy parental act by netizens, some also wondered if the Chinese singer had downgraded Nicholas Tse from her life.

Aug 29 also marked the 39th birthday of Hong Kong actor-singer Tse so why was she not with him, the netizens asked.

Back in 2016, she skipped an event attended by her daughter and former husband Li Yapeng, to raise funds for his foundation, to spend time instead with Tse to mark his 36th birthday.

The two celebrities rekindled their romance in 2014 after they started dating in 2000 and split up two years later.

Tse, noted Sin Chew Daily, did not post any pictures of his birthday celebrations, a departure from his usual practice.

Talk of their relationship going sour had actually started early in August when Wong celebrated her 50th birthday.

While a photo posted on Aug 8 showed her with other men, there was no sign of Tse who was reportedly held up at work in Shanghai.

Still, Tse, who divorced Hong Kong actress Cecilia Cheung in 2012 after they married in 2006, made time to hang out in a restaurant with friends after work.

Tse has not commented on the break-up speculation though he was quick to quash rumours in March that he was dating Chinese actress Yang Mi.

She was then in the news after she separated from her husband of five years, Hong Kong actor Hawick Lau.

Tse also issued a statement online that he was not the father of Cheung's third son who was born in November last year. They have two sons from their marriage.

In his post, Tse also described his "relationship" as stable though he did not mention Wong.

Star-struck fans, meanwhile, are clinging to hope that all is well with Tse and Wong, pointing out that the couple were seen holidaying in Japan earlier this year.