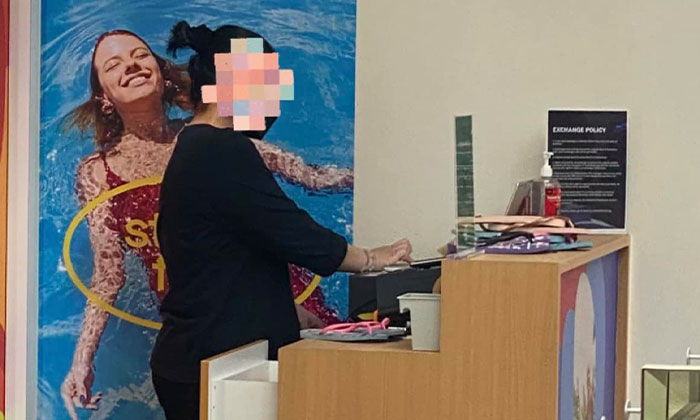 It does not take a lot to be kind but it seems to come easier to some than others.

A shopper was dismayed when a store worker allegedly refused to let a 76-year-old elderly woman sit down for a short while.

Facebook user Hafiz Juremi said in a post that he visited the Havaianas outlet at Tampines Mall with his grandmother and sister on Wednesday (Sept 28) at about 6.30pm.

They had initially visited the store because he was looking for slippers for his grandmother.

He said he approached the staff member to politely ask if his grandmother could take a quick rest from walking by sitting on the sofa in the store.

The woman reportedly asked him if he would be long to which he replied he would not and just needed to get something from Isetan nearby.

His sister also needed to change her baby's diapers and the toilet was relatively far for his grandmother to walk.

"At this point, my grandmother was already sitting on the sofa," he said.

He alleged that the woman told him: "My boss won't allow such thing[s] to happen in the store."

Dear Havaianas , I regret to share such an awful experience with one of your retail staff in Tampines Mall and here is...

Hafiz said he was shocked and upset and told her to explain to her boss that his grandmother just needed to sit while he and his sister completed their other tasks before returning to get some slippers.

"I even had to promise the staff that my 76-year-old grandmother won't scare the invisible customers in your store," he wrote.

"My point is nobody was in the store.

"I don't see why my grandmother couldn't use the sofa for a little help."

The woman then allegedly told him: "Only if you are buying the shoes in my store, then you will be allowed to sit here."

"At this point, my grandmother was telling her that she might be able to leave in two minutes if she could at least let her take a quick rest," said Hafiz.

"I even asked why? Who implemented that rule because clearly, it's awful.

"She then gave me the worst reason I have ever heard: 'Because this isn't a store, this is a boutique'.

"Really?! Even Charles & Keith will allow us to sit on the sofa even if we are just trying on their product.

"Let alone, I do think Crocs will even allow an elderly to take a [seat] on their sofa even if she is not going to buy any of their products.

Hafiz said the woman acted disrespectfully and 'stomped' into the back room before coming outside and saying: "Ahh annoying".

He then told her he wanted to speak to the manager to which she replied that she was the manager.

Hafiz was surprised that even a manager did not have any "humanity and empathy, especially to an elderly".

In the end, he said his grandmother had no choice but to leave the store and limped away while he looked for a seat for her nearby.

He added that she even apologised to the woman when he personally felt that the Havaianas staff should have been the one to say sorry instead.

In an email response seen by Stomp, Havaianas Singapore said they are aware of this incident and have apologised to Hafiz directly regarding this matter.