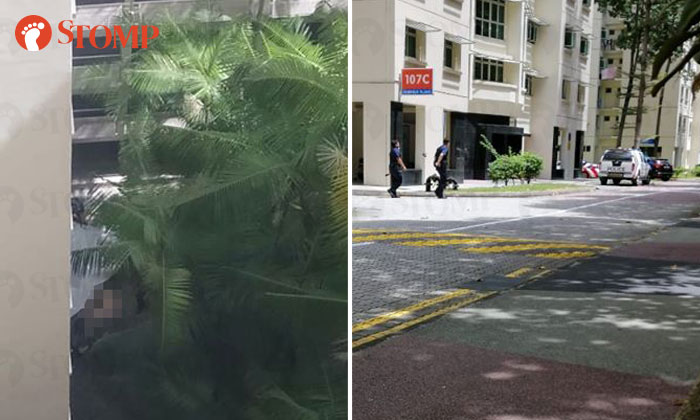 A 47-year-old man was found motionless at the foot of Block 109B Edgefield Plains in Punggol on Thursday morning (Feb 6).

The man was subsequently pronounced dead by paramedics at the scene.

The police told Stomp they were alerted to a case of unnatural death at 9.06am.

Another man, 43, was found in a unit at the said block and was arrested for suspected consumption of drugs and wrongful confinement in relation to the case, a police spokesman said.

Stomp understands the 43-year-old had confined the 47-year-old in a room.

Stomper Serene alerted Stomp to the incident and shared photos she took at the scene.

In the photos, a half-naked man is seen lying at the foot of the block. The area is cordoned off by the police.