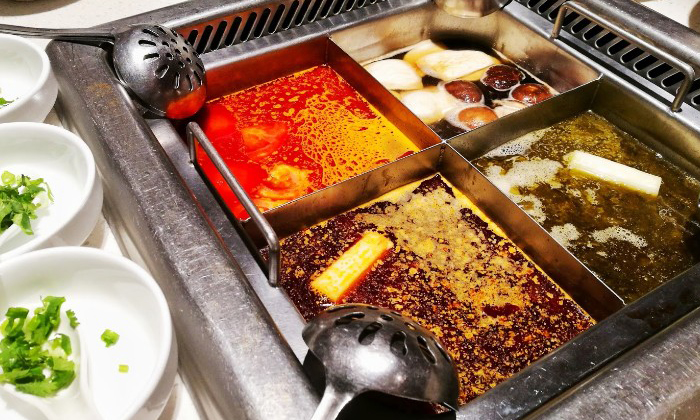 Popular hotpot chain Haidilao's branch at Clarke Quay has had its operating licence suspended for two weeks, from Feb 10 to 23, for food hygiene-related offences.

According to a suspension notice by the National Environment Agency (NEA) on Feb 10, the outlet had accumulated 12 demerit points over the last 12 months for two violations - handling food with bare hands, and selling food which is unclean.

On top of the suspension, the outlet was also fined $800.

In its statement, NEA stated that "a licensee who accumulates 12 or more demerit points during a 12-month period may have his licence suspended for a period of either two or four weeks, or cancelled."

"All food handlers working in the suspended premises would also be required to attend and pass the Basic Food Hygiene Course again, before they can resume work as food handlers."

According to media reports, a notice posted at the outlet since Saturday (Feb 10) said that the outlet would be "closed for 50 days" for "renovation".

The chain, which originated in Jianyang, Sichuan province, has six other branches in Singapore at Novena Royal Square, 313@Somerset, IMM Building, VivoCity, Bedok Mall and Plaza Singapura. All the other branches remain open.

It has more than 200 outlets in China and across the world, including Los Angeles, Tokyo and Seoul.

The group's Beijing outlets were also in the spotlight last year, after they were exposed by a local newspaper for its unsanitary kitchens and practices.

Videos taken by hidden cameras showed rat-infested kitchens, a dishwasher caked with oily food residue and a worker trying to fix a sewage blockage with a soup ladle.

The chain admitted its management faults and apologised in a public statement.