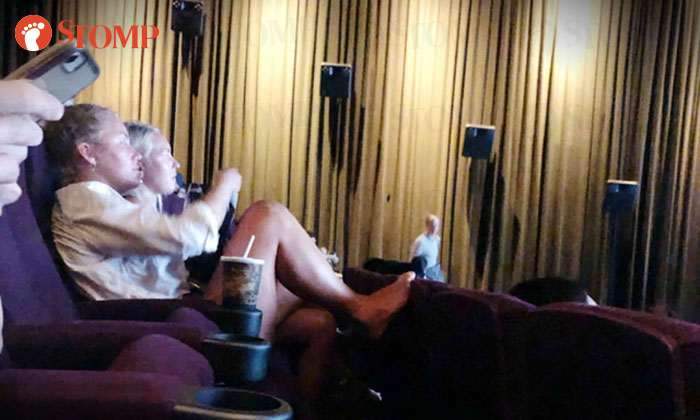 Imagine settling down to enjoy a movie at a cinema only to have your experience marred by the stench of someone's feet.

Stomper Tristen had booked tickets to watch Jumanji: The Next Level at Golden Village (GV) Suntec City on Sunday at 1.40pm when she spotted another cinemagoer propping her bare feet onto the back of the seat in front of her.

"Such an obnoxious person!" she said.

"Her friend beside her seemws to think it's a totally normal thing to do.

"She is lucky that the seat she placed her feet on had no one sitting on it but it's no excuse.

"No one in the theatre was behaving badly except for her."

In response to a Stomp query, a spokesman from GV said: "Since 2015, Golden Village has run several cinema etiquette campaigns through pre-show screen advertisements reminding our patrons to be considerate to other movie-goers in movie theatres.

"Our most recent cinema etiquette video on GV screens is by the Singapore Kindness Movement titled 'Ben and Bang'.