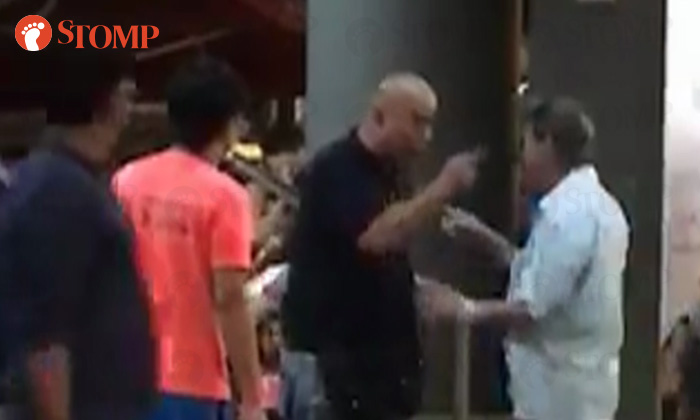 A dispute broke out between two men at exit B of Lavender MRT station at about 11pm on Saturday (Jul 28).

In a video shared by a Stomper, a man in black is seen pointing his index finger at a younger man in pink.

It is unclear what sparked the argument, although there were mentions of money.

In the video, the older man is heard saying in Mandarin: "You talk without manners."

The man in pink is then heard saying: "My mum didn't do anything, why are you bullying her?

"You want to take money from her but you don't return it."

Another man in a blue shirt is then seen approaching the trio, and the man in black is heard asking in dialect: "What's your problem?"

"Don't touch me," he shouted repeatedly when the man in blue poked him in the chest.

The man in black then shoved the man in blue when the latter poked him again.

At the end of the video, the three men go their separate ways after the woman intervenes.

Stomp understands that no assault or threat took place.