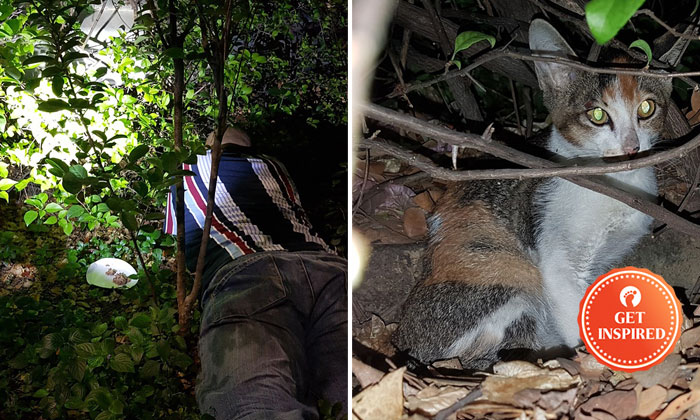 A kind soul put his life in danger to rescue a kitten that had been hit by a car along the East Coast Parkway (ECP).

Facebook user Mohd Eliyas shared his experience on his page on May 4.

He had been alerted to the injured cat by another netizen who had recorded a video of the animal dragging its hind legs to a cluster of bushes on the expressway last Thursday morning (May 2).

Being no stranger to highway rescue missions, Eliyas spent hours that same night looking for the cat.

After seeing an SOS posted on Thursday morning by Richie Kam, about a cat seen on the ECP median dragging its hind legs,...

"Spent hours crawling alone [through] the bushes with a torchlight and finally managed to spot a small little girl," he wrote.

He added that the female kitten was "not friendly" due to the trauma and harsh environment so rescuing it would not be straightforward.

He set up an overnight trap and hoped that it would secure her.

After 24 hours, he went back to the same location with a team from animal lovers group Carpurrdiem to check on the kitten.

"Unfortunately, kitty had not gone into the trap," he said.

"But thankfully, she had stayed put in the same location."

With much patience and several scratches, Eliyas managed to grab the kitten and put it in a carrier before rushing her to the Veterinary Emergency and Specialty Hospital. 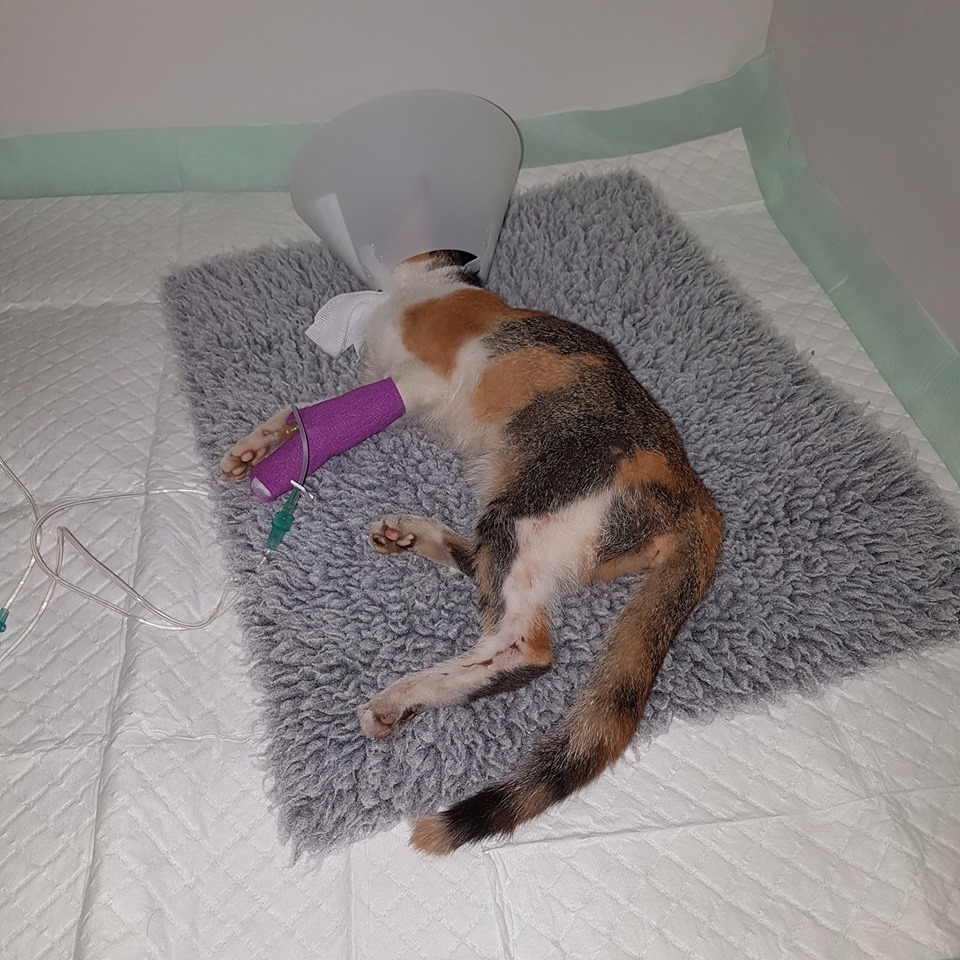 Eliyas acknowledged that he could not do it on his own: "For now, just extremely relieved she's out of danger from the highway where she had no chance of escape.

"It took a whole team of people to help this brave little girl out of her predicament.

"We had to risk our lives running across the ECP with cars at high speed but it was necessary."

He added that Carpurrdiem has started a crowd-funding initiative to give the kitten named Eevee a second chance at life.

In an update on Eevee's condition, Carpurrdiem wrote that she had suffered a hind leg fracture and the impact from the car may have caused nerve damage.

Eevee is also severely dehydrated and has difficulties defecating which may pose a health problem.

They estimate the veterinary costs for treatment and possibly surgery will be approximately $5,000.

Click here for more details on how to donate.