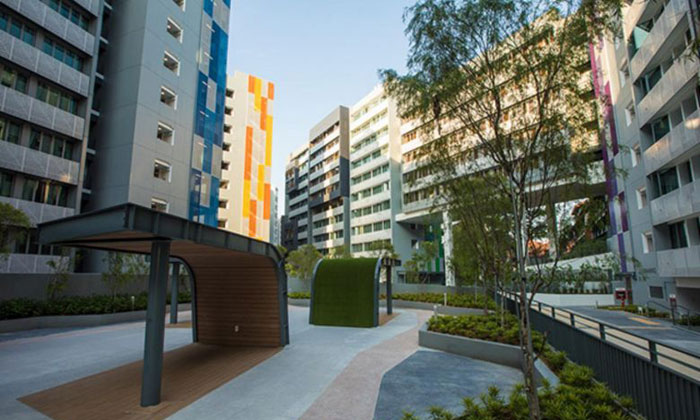 A police report has been made against a 22-year-old male suspect on April 18 for filming a fellow female student showering at a hall of residence in Nanyang Technological University (NTU).

The incident at Tamarind Hall is the second reported case in four days at NTU.

The first occurred at the university's Hall 3 on April 21, when a 19-year-old male trespasser had allegedly taken photographs of a male undergraduate in the shower. The male suspect was "neither a student nor employee of NTU", an NTU spokesman had said. He was detained by several students until the police arrived.

In the latest reported case, the man was captured on closed-circuit television cameras in the hostel. The police confirmed he is also a resident of Tamarind Hall.

The alleged incident took place around 10pm on April 17, when the 20-year-old woman noticed a phone being slipped in from the top of her cubicle while she was showering in the hostel's toilet. Shocked, she swiftly got dressed to go after the perpetrator but could not locate him.

She reportedly confided in a friend before informing NTU campus security the same night.

The next day, an NTU officer accompanied her to make a police report, a spokesman of the university said in a statement to The Straits Times.

"The affected female student is receiving the full assistance and support from NTU's pastoral care team which reached out to her immediately after the incident."

The spokesman added: "Our priority is to ensure her welfare and we are commencing our own investigations into the incident."

Police are investigating both cases.

These events come amid a public furore that erupted after Miss Monica Baey, 23, a third-year National University of Singapore (NUS) student was similarly filmed in the shower by a male student, Mr Nicholas Lim, 23, at the university's Eusoff Hall.

Miss Baey, 23, described the school's handling of the case on her Instagram and it led many to criticise the punishment given to Mr Lim. A debate also erupted over NUS' "two strikes and you're out" policy towards sexual misconduct cases.

NTU told The New Paper on Wednesday (April 24) that in the light of recent events, it has a "zero-tolerance" policy towards harassment. It added that students had been expelled for harassment-related offences, including sexual harassment.

The New Paper report also said that NTU's student life team had sent an e-newsletter to students on Wednesday to remind them of the university's zero-tolerance policy.

The newsletter also said an online module on anti-harassment will be introduced for all freshmen and student organisers of orientation programmes in July when the academic year starts.

Related Stories
Man allegedly takes photos of another man in NTU hall shower, police investigating
It’s not about getting revenge or getting him expelled...I just don’t feel safe: Monica Baey
26 incidents of sexual offences reviewed by NUS Board of Discipline over past 3 years, no expulsions
More About:
NTU
university
Peeping Tom
pervert
sexual offence
sexual harassment