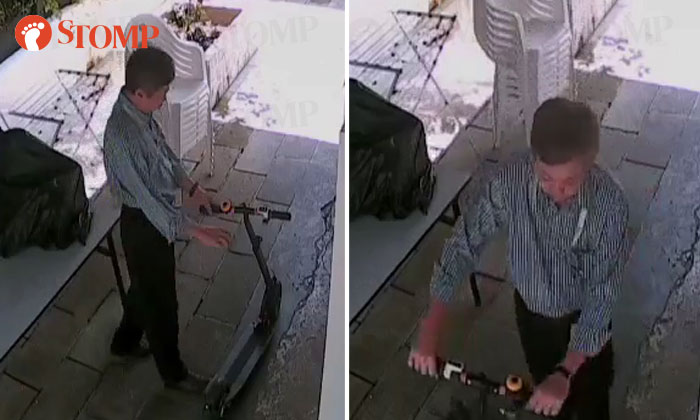 A man was caught on video taking an e-scooter that did not belong to him from an alley behind Gemmill Lane on Wednesday afternoon (Feb 27).

Stomper Rachelle, whose boyfriend owns the personal mobility device (PMD), shared a video of the incident with Stomp.

In the video, the middle-aged man is seen approaching the e-scooter at about 1.50pm and giving it a once-over.

He then grabs it by the handles and takes off with it in the other direction.

Rachelle's boyfriend had left his PMD in the alley behind Italian restaurant Guccio Ristorante, where he works.

She said the area is where the restaurant's staff go during their breaks.

Rachelle's boyfriend has since made a police report and hopes that by sharing the video, they can find the man.