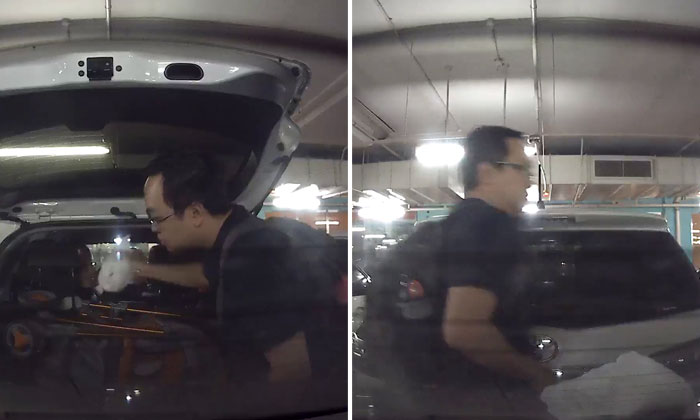 A man has become 'famous' for the wrong reasons after he was caught on video throwing a soiled diaper onto another car at Tampines Mall's carpark on Aug 24.

Facebook user Jonathan Lee posted a video of the incident after finding the dirty nappy on his vehicle.

In the video, a woman is seen passing the man a plastic bag containing the diaper as he is about to close his car's boot.

He takes it and then tosses it behind him with his right hand so that it lands on Jonathan's car.

Jonathan addressed the driver of the car with licence plate number SJV3941E in his post: "If [you] want to do such disgusting things, make sure no one is around.

"You want to be famous?

Jonathan added he has since reported the matter to the National Environment Agency (NEA).