Gurmit Singh gets 3-month driving ban, $800 fine for speeding at 131kmh with son in car 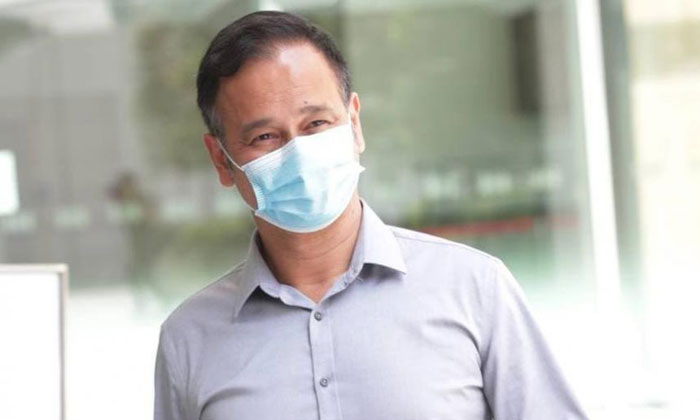 Actor Gurmit Singh was fined $800 and banned from driving for three months after pleading guilty to speeding on Tuesday (June 8).

He was caught driving at about 131kmh on a road with a 70kmh speed limit in April.

His 19-year-old son was in the car with him at the time.

Singh, 56, is known for his role in local sitcom Phua Chu Kang.

The celebrity, whose full name is Gurmit Singh Virk Chainchal Singh, did not have any prior conviction.

At about 9.30pm on April 12, Singh was caught speeding along Woodlands Avenue 12 towards Seletar Expressway.

He was believed to be driving an Audi A8 L, a luxury sedan that was released for sale only recently.

Singh told the court he heard a “flapping sound” coming from the car earlier when he was driving, and wanted his son to hear it too.

The father of three said he was on his way to pick up his son, who was doing an internship at the time, when he heard a sound.

He said: “After I got him, I wanted him to hear the same sound, and I realised it comes at 100kmh. I’m not saying I should drive at that speed... but it was just a short spurt.”

He also said he did not know how he reached 131kmh, and added that it was a “one-off thing”.

In court on Tuesday, Singh was chided by District Judge Salina Ishak, who told him that he had put his son’s life in danger.

Singh replied that he regretted what he had done.

He also said his wife drove him to court on Tuesday, and that he was hoping to keep his licence and pay the fine.

After leaving court, Singh posted a video on his Instagram account, promising to be a better driver.

In the nine-second clip, he said: “I just want to say I’m sorry, and I hope to do better.”

The post received many messages of support from netizens.

Singh recently appeared in a campaign in which he reprised his on-screen persona Phua Chu Kang, and urged Singaporeans to get vaccinated against Covid-19 at the earliest opportunity.

Known to be active in comedy circles, Singh has a reputation for helping up-and-coming local acts.

Singh has owned fast cars such as a Lamborghini, as well as an Audi S5 and a Honda Phantom TA-200 motorcycle.