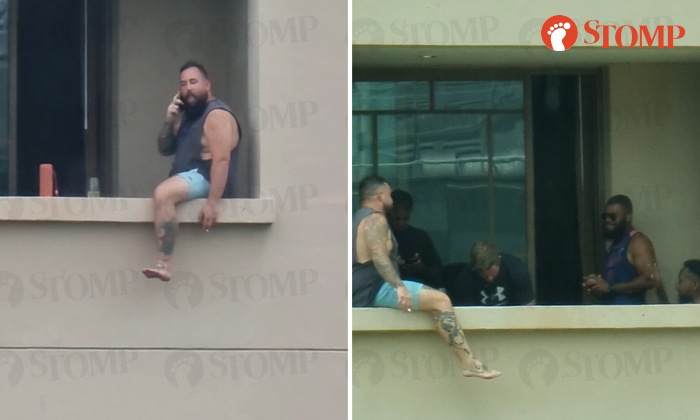 It's not uncommon to use hotel rooms for private gatherings, drinking sessions and even proposals.

But one man took things too far when hanging out with his pals in their room at Hotel Paradox Singapore Merchant Court at Clarke Quay.

He was seen not only sitting on the ledge of the hotel room balcony, but was even caught on camera spiting down the building.

Stomper Oshot shared a video of the man's behaviour that he witnessed on August 18, at around 1.20pm.

In the video, the man can be seen talking on the phone while seated on the ledge and then spitting down the building. He also appeared to have a cigarette in his hand.

Oshot, a tenant residing in a building opposite the hotel, said: "This man was sitting dangerously on the ledge and spitting while chilling out on the hotel balcony. He was there for a good 20 to 30 minutes."

One photo show several other men on the balcony with him.

Oshot could not tell which floor the man was on, but identified the unit in question. 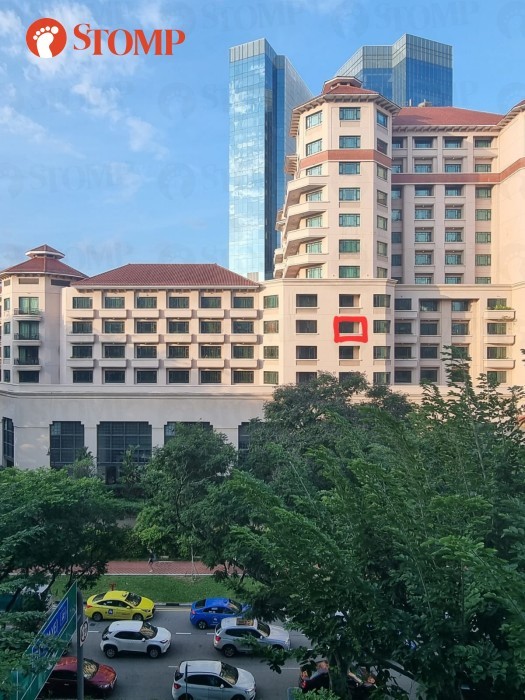 When contacted by Stomp, a spokesman for Hotel Paradox Singapore Merchant Court at Clarke Quay said it has identified the room number and guest.

"We sincerely appreciate you sharing with us the video clip for our follow up," the spokesman added.