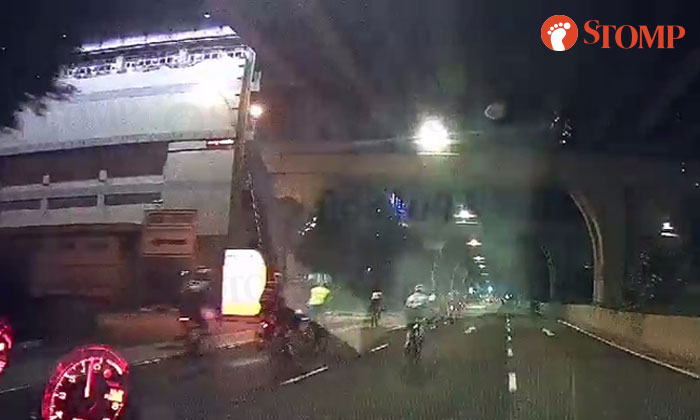 A man was driving along Keppel Road, near Tanjong Pagar, on Wednesday evening (Feb 17) when he saw a group of over 20 cyclists hogging the road.

Stomper Brandon shared with Stomp footage of the cyclists taken from his in-car camera at around 10pm.

"I saw this group of cyclists, kings of the road, taking up two lanes," he said.

"There was another group of over 20 cyclists behind this group.

"The estimated number of cyclists along Keppel Road that night was around 50."

According to a Facebook post by the Singapore Cycling Federation, cyclists should only cycle in groups of five.

The Singapore Cycling Federation added that groups of cyclists should also stay at least 3m away from each other.