Men re-sell F1 tickets near City Hall MRT Station at $100 each: Here's how they make a profit 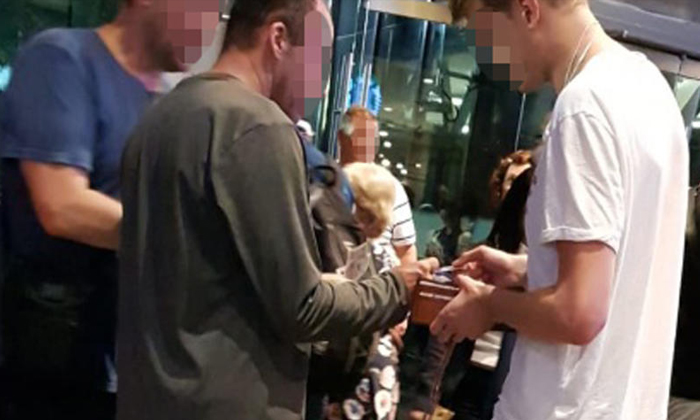 A group of men were seen selling tickets to the Formula 1 2018 Singapore Airlines Singapore Grand Prix at $100 each, despite allegedly obtaining them at no cost.

Shin Min Daily News said it was alerted on Sunday (Sep 16), at around 7pm, to scalpers selling the tickets at a shopping centre near City Hall MRT Station. They were believed to have been doing so since Saturday.

When reporters arrived at the scene, they saw four Caucasian men holding a stack of F1 tickets at the entrance of the mall and apparently trying to sell the tickets to tourists.

A reporter who posed as an interested customer was told by one of the men that each ticket cost $100. In his hand were a $1,000 note, several $50 notes and some foreign currency.

When the reporter asked for more tickets, the man said he could get them and immediately waved his hand at his three companions.

A member of the public, who declined to be named, revealed how the men got the tickets and how they made a profit.

According to him, the men would approach audience members who were leaving the venue after the first race to ask for their tickets.

Those who had no intention of returning to the event would pass their tickets to the men.

The men would then resell the tickets, which they obtained at no cost, at $100 each.

As this is still considered cheap compared to official prices, there were no lack of people willing to purchase the tickets from them.

According to Shin Min, official prices for that night's tickets ranged from $108 to $888.

Reporters also observed how one of the men managed to sell more than six tickets to three separate groups of people -- most of whom were tourists -- in the short span of 15 minutes.

In response to media queries, event organisers said that that in order to prevent hoarding of tickets as well as to protect the interests of fans, the resale of tickets is prohibited.

A spokesman added that purchasing resale tickets or obtaining them from non-designated agents is against regulations. These tickets can be deemed invalid and those in possession of them might be turned away at the door.

Event organisers also said it has taken action against those selling tickets illegally and would not hesitate to do so again.

Related Stories
Netizen who said that he bribed security guard into allowing him onto F1 track retracts claim
It's like Coldplay all over again: Scalpers resell Ed Sheeran concert tickets at much higher prices online
Missed out on tickets to Bruno Mars' concert in Singapore? You can get them online...for $999
More About:
illegal
F1
tickets
expensive