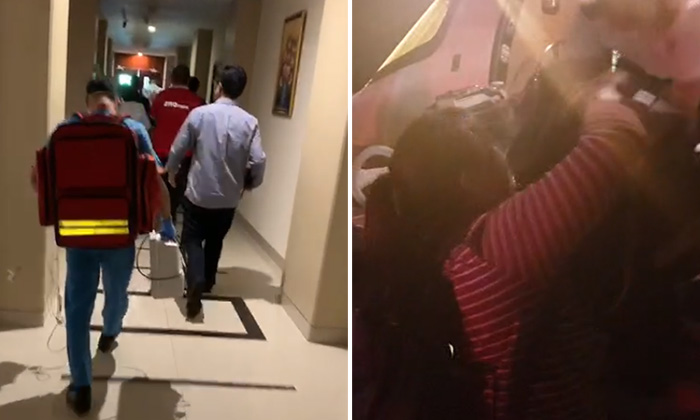 Great Eastern Life Assurance has responded to a circulating video of a man who waited two nights to be flown back to Singapore after experiencing a stroke while overseas in Padang, Indonesia.

According to its website, Great Eastern is "one of the leading insurance companies in Asia."

Orange SG is a travel group that was founded by a former Mediacorp Radio DJ, Syah Ibrahim, who is also the organisation's Chief Executive Officer.

It was mentioned with the video that the family was only offered to sign an indemnity form 36 hours after they contacted Great Eastern's International SOS (ISOS) hotline if they wanted to process the matter urgently. However, the wait for an available aircraft could only begin after activation from Great Eastern.

In an earlier post on Orange SG's Facebook page, it said: "Mr Mohd Said's condition has not been stable in the hospital after being moved to a bigger and complete hospital, but should immediately be brought back to Singapore for more detailed treatment.

"We are still waiting for air ambulance confirmation to bring him back to Singapore. It has been 34 hours since calling the Air International SOS (AI) that represent the travel insurance Great Eastern (GE)."

Orange SG shared that Mr Mohd Said was flown back to Singapore in another post that was published at 11.26pm on Aug 14.

In response to a Stomp query, a Great Eastern spokesman said: "We can confirm that Mr Mohd Said Ismail, one of our travel policy holders, was taken ill on Monday (Aug 12), while on holiday in Padang.

"He was admitted to a local hospital and the same night, the family contacted International SOS (ISOS), Great Eastern’s emergency assistance representative for our travel policy holders.

"ISOS have medical and other personnel trained in these emergency situations and were in constant contact with the family from that point onwards.

"For patients who have suffered a stroke, it is critical that they are stabilised before being moved.

"ISOS worked closely with the local treating doctor at the hospital to help stabilise his condition before evacuation could be considered.

"Mr Mohd was certified fit to fly on Wednesday morning (Aug 14) and was flown back the same night. He is back in Singapore and we are in regular contact with the family to provide any help they need.

"Pre-existing conditions are not covered in most travel policies and indemnity forms do have to be signed before any evacuation as a matter of practice.

"We worked as quickly as we could to get the necessary medical records from Singapore to confirm that this was not a pre-existing condition. We were very glad that Mr Mohd’s evacuation could be covered under the travel policy he had purchased from us."

Stomp understands that the Ministry of Foreign Affairs provided necessary assistance to Mr Mohd Said's family in this incident.

Related Stories
Hilarious video shows what you can take from hotels -- and what not to
Family allegedly caught stealing items from Bali hotel: "Sorry, I will pay"
Singaporean couple robbed in Bali: Villa denies harassing them to pay for stolen scooter
More About:
insurance
response
travel
overseas
stroke