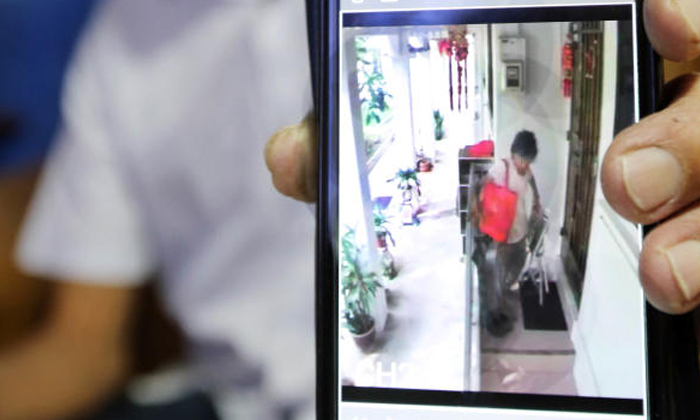 An woman in her 70s was caught on camera taking away a chair from outside an elderly couple's flat at Bukit Batok Street 32 on July 3.

According to Lianhe Wanbao, the incident occurred at around 10am.

Zhang Tianlai, 74, and his wife Wei Meihua, 73, had left their flat that day to tend to their egg stall at West Coast Market Square.

They typically leave for work at around 6am and return home at about 2pm.

However, when the couple came back home that day, they realised that a metal folding chair in front of their unit had gone missing.

Mr Zhang said the chair had always been placed outside the flat after being purchased last year.

"We checked CCTV footage and realised that the chair was stolen at around 10am," he added.

A video that he shared with Wanbao shows a woman in her 70s, who was carrying a pink shopping bag and an umbrella, at the scene.

She is seen noticing the chair upon walking past the couple's unit, even reaching out with her hand to touch it before walking away.

However, she turned back barely 10 seconds later, walked up to the unit, and took the chair away.

The woman also looked around to check her surroundings, but failed to notice the CCTV camera above her. She then left the scene.

At the advice of his children, Mr Zhang lodged a police report the following day.

He said: "Now, we can only sit at the staircase. We don't dare to buy a chair anymore."

Responding to queries, the police confirmed that a report was lodged and investigations are ongoing.