GrabShare driver receives thanks for helping Stomper who was in pain: 'I feared my fits would start' 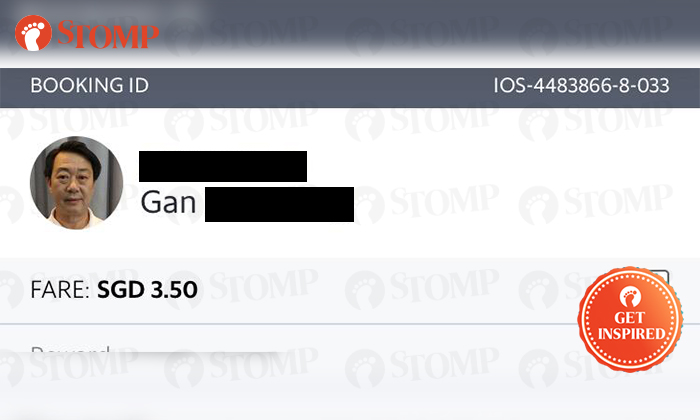 A Stomper's ride with a GrabShare driver on Saturday (July 27) turned out to be one she will never forget.

She told Stomp that about five minutes into the ride, she started experiencing abdominal cramps and was beginning to feel numb.

EZ said: "The driver asked the other passenger, who was sitting behind, to make some space so that I could lie down.

"When the passenger alighted at Bedok North at about 6.50pm, the driver told me to do whatever I needed to, move out of the car or anything else, so that I could feel better.

"I heard him mention that he was about to go for dinner. I didn't want to waste his time but he was very patient and told me he wasn't in a rush."

EZ told Stomp that this abdominal cramping is something she deals with quite often ever since she was pregnant.

She also shared that she has epilepsy, so she was extremely worried that the pain would lead to fits.

She said: "He told me to be strong after I shared with him about my condition.

"He was so bubbly and was constantly chatting with me while providing positive advice about life.

"I really appreciate all he did for me. Thank you so much!"