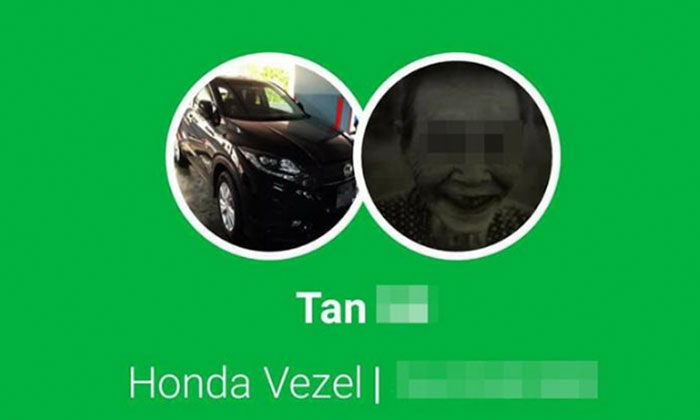 A Facebook user recently posted about a creepy encounter his girlfriend had with a GrabHitch driver who used a profile picture of an old lady and deliberately drove through a cemetery in the dead of night.

The incident happened on Saturday (March 31) at around 1am, and the girl was heading to Choa Chu Kang from Serangoon, reports Shin Min Daily News.

In the post by the Facebook user, he alleged that the driver also told his girlfriend that he would be picking up another passenger, although no one else boarded after her.

Despite the global positioning system (GPS) indicating that it would be faster to head to the destination using the expressway, the GrabHitch driver chose a route through the cemetery instead and reassured the girl that his way was ‘faster’.

Said the user: "Upon boarding, he mentioned that he will be picking another rider, but he ended picking no one, and he used a cemetery road instead of the expressway."

Sensing that something was not right, the user’s girlfriend called him and her family to inform them of her location.

The driver, noticing she was calling someone, immediately got out of Mandai Road to enter the expressway.

The user later spoke to his girlfriend and realised that the driver was using a photo of an old lady in black and white for his profile picture.

Said the user: "Fortunately, my girlfriend called for help, so the driver was forced to 'back down'. We are still unsure of his intentions and have chosen to publicise the matter to warn other users."

He also added that he has reported the incident to Grab.

In response to media queries, a Grab spokesman said that the incident is currently under investigation.

Related Stories
'Lurking ghost' in S'pore office building might make you check you corners more often
Group takes photo of get-together dinner -- only to see 'extra person' in shot
Doll moves on its own, objects flying off table in creepy video
More About:
grab
weird
inappropriate