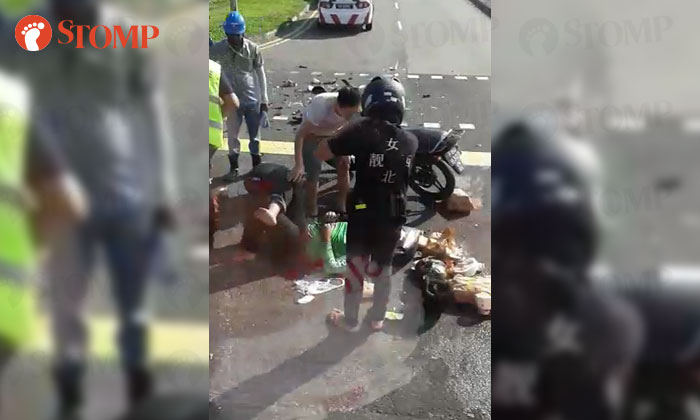 A 21-year-old GrabFood delivery rider was taken to hospital after he was involved in an accident with a van at the junction of Hougang Avenue 3 and Defu Avenue 1 on Monday morning (Dec 24).

Stomper Aswandy alerted Stomp to the incident and shared a video he took of the scene while he was riding by on a bus.

"The accident caused a jam along Hougang Avenue 3," he said.

In the video, the rider is seen lying on the ground and surrounded by passers-by trying to assist him.

Food and drinks are strewn on the road next to the rider and bike.

In response to a Stomp media query, a police spokesman said they were alerted to the accident at about 9.20am.

"The rider, a 21-year-old man, was conscious when conveyed to Sengkang General Hospital," the spokesman said.