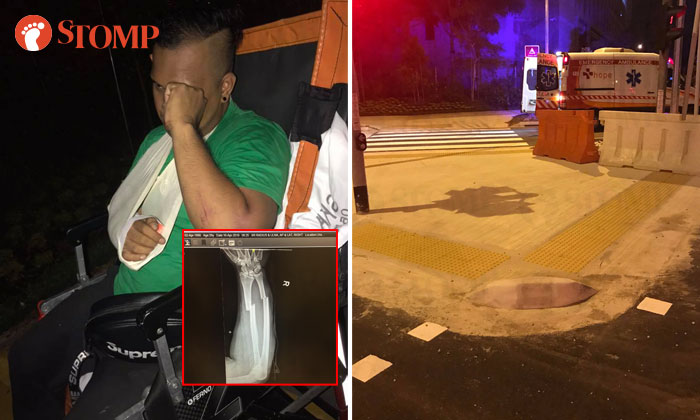 A GrabFood delivery rider broke his right arm in two places after he collided with an unmarked kerb at Seletar Aerospace Heights on Tuesday morning (Apr 16).

JTC and NParks have cordoned off the area and are investigating the matter.

Muhammad Iskandar Shah, 29, had been making his way home on his e-scooter after finishing his deliveries when the incident happened at about 4.30am.

Stomper Indra, Iskandar's cousin, alerted Stomp to the incident and shared photos of the kerb and his cousin's broken arm. 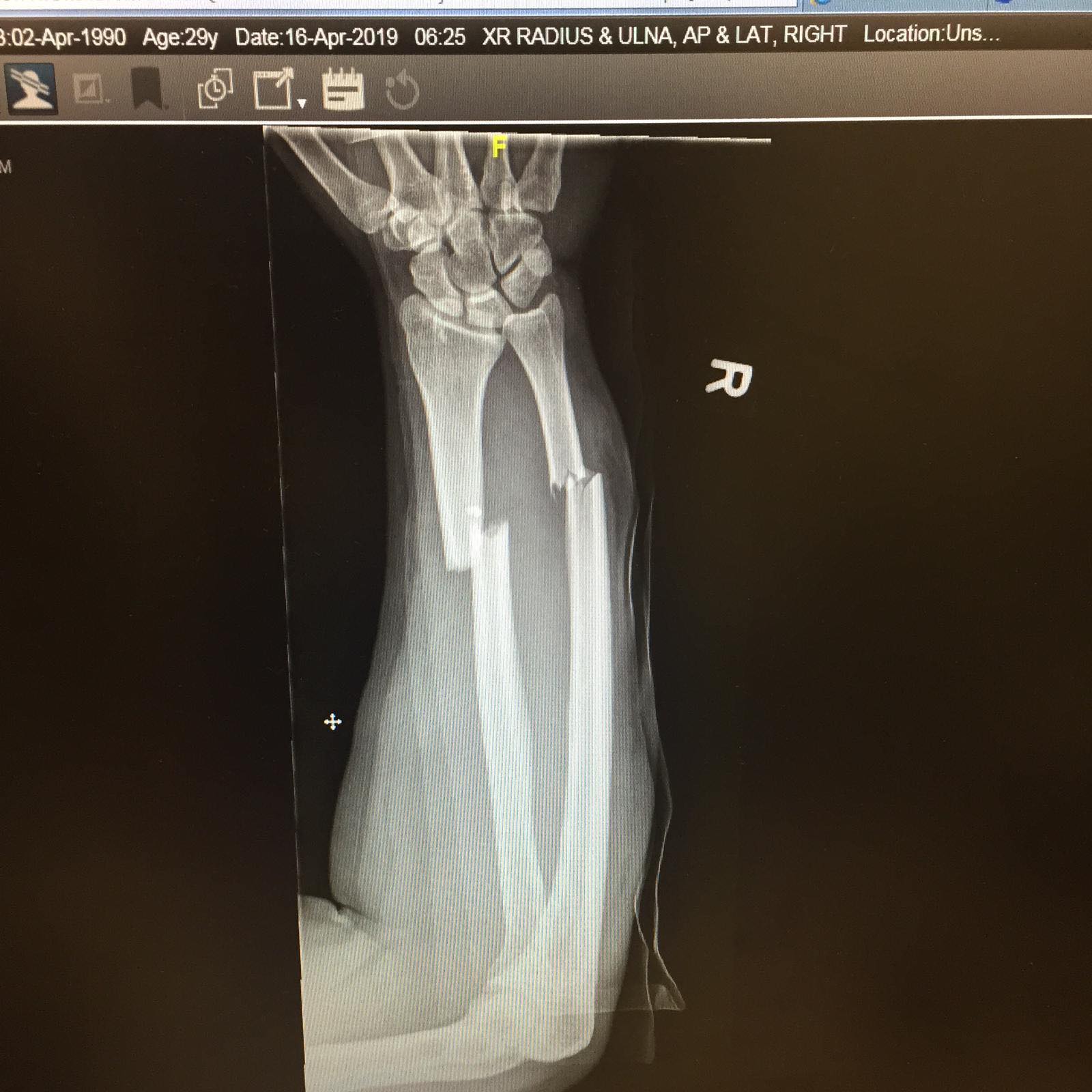 "The kerb is the same colour as the pavement," he said.

"It should have markings on it so that people are aware it is there.

"The area is also very dark so it is difficult for people to see." 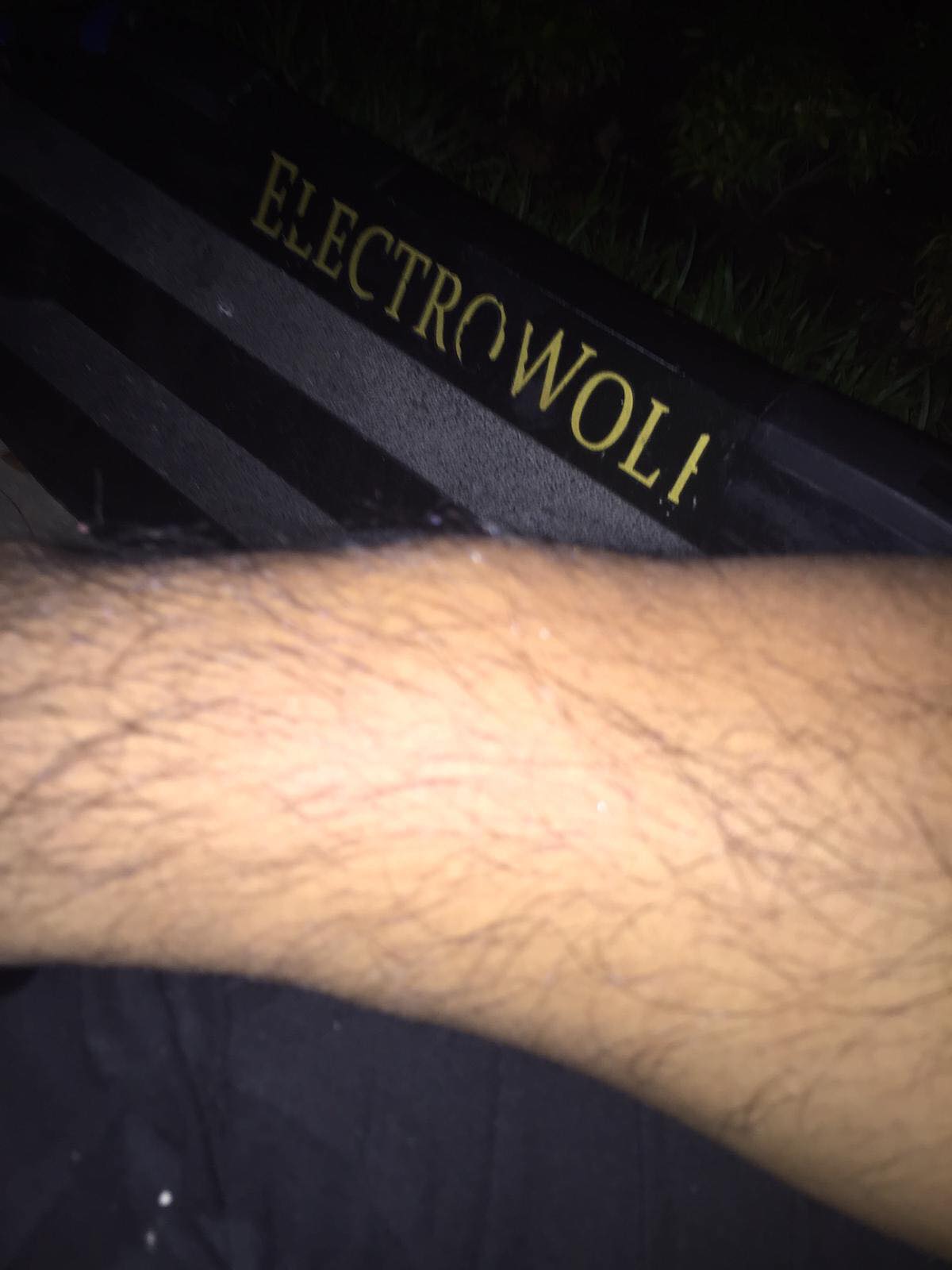 He said that his cousin was sent flying after hitting the kerb and had stuck his arm out to break his fall. He landed wrongly which caused the bones in his right arm to break.

Indra added that the front wheel of Iskandar's e-scooter had burst following the collision. 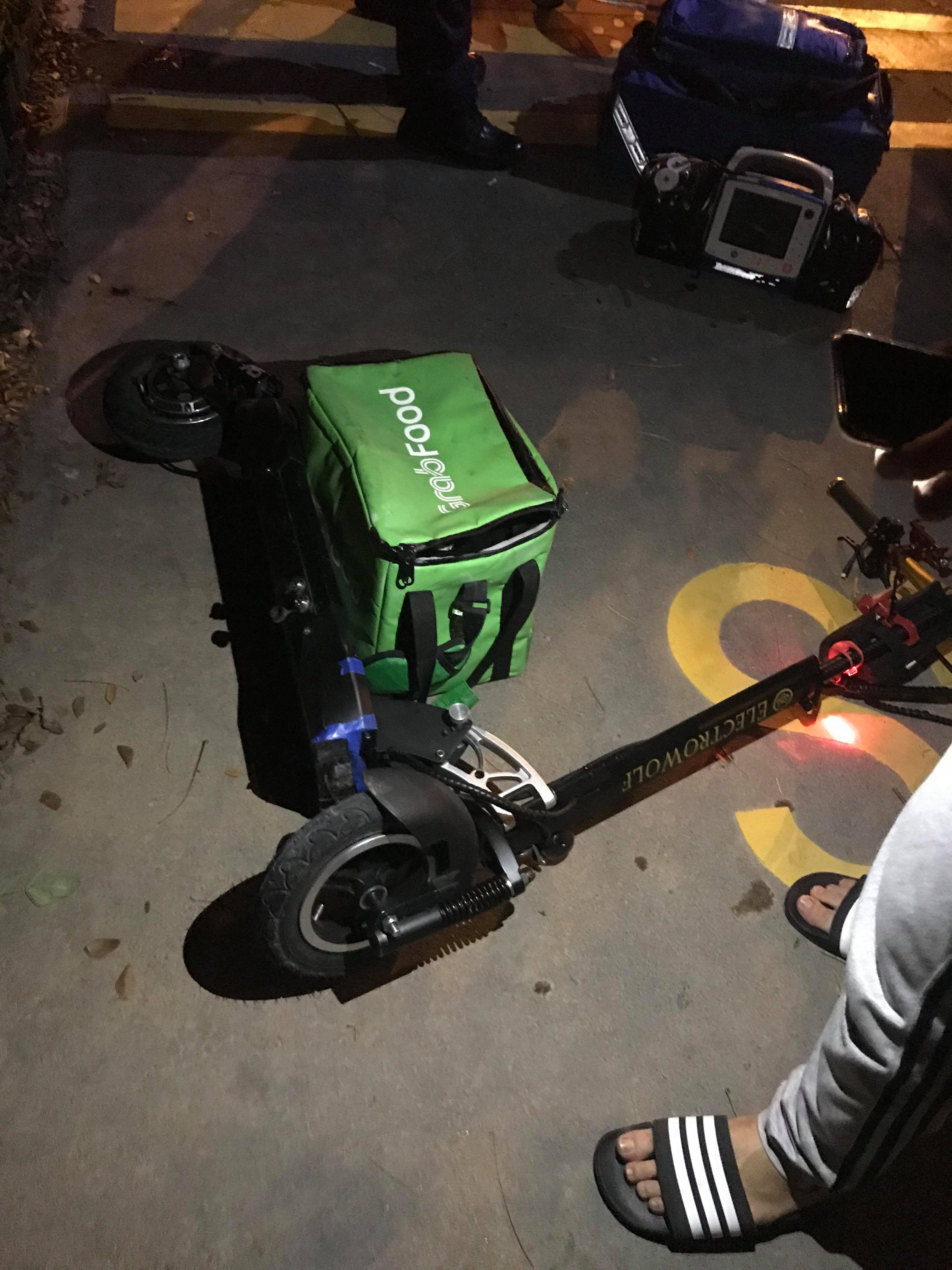 He was given 36 days of medical leave.

"I feel upset for him," said Indra.

"He is working for Grab part-time while trying to find a full-time job.

"Now, his livelihood is affected."

Stomp understands the area is managed by JTC Corporation.

In response to a Stomp media query, JTC and NParks issued the following joint statement:

"We are sorry to hear of the incident.

"As this is part of the works area for the Round Island Route, we are investigating the matter together with NParks and have cordoned off the area."

In response to a Stomp media query, a Grab spokesman said: "Grab is sorry to hear about this accident.

"We are in touch with the affected delivery-partner and are supporting him with insurance claims."