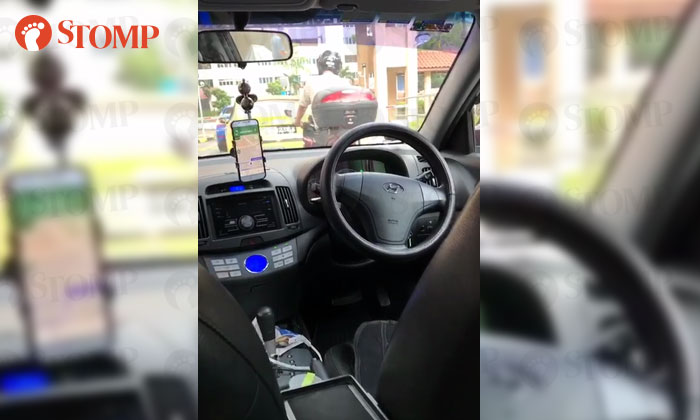 Stomper Shah felt compelled to give a GrabCar driver a 1-star rating after he suddenly parked the car in front of a carpark exit and left Shah there for three to five minutes.

Shortly after the driver picked him up, he parked his car in front of a row of parked cars and said told Shah to "give me five minutes to go toilet".

Before Shah could say anything, the driver was gone and heading towards a coffeeshop.

"He left the keys in the ignition and the car running," said Shah.

"I think that this is not right. What if I had to get somewhere urgently?

"If I was a bad person I could have just driven off with his car."

Shah added that the Grab driver had blocked a taxi that was parked in a lot next to him.

The cabby had to wait for the driver to return before he could exit the lot.

"When he returned, he didn't say anything and just drove off."