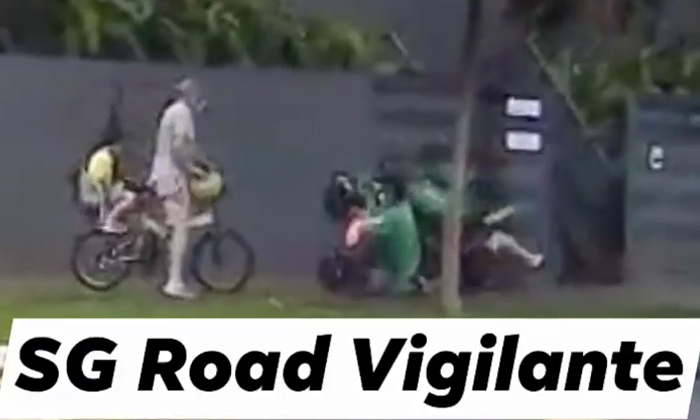 A Grab rider and a pedestrian were involved in an accident on a footpath in Sengkang.

The accident occurred outside Bellewaters condominium at Anchorvale Crescent on Thursday (Oct 21), at around 5.35pm.

A video posted by Facebook page SG Road Vigilante shows how the Grab rider, who was on a personal mobility aid (PMA), had ploughed into the pedestrian, who happened to be exiting the condo's gate.

Both parties can be seen falling onto the footpath after the crash.

The video has led to netizens debating over who was at fault.

Several users pointed out that the Grab rider had been on a PMA, which according to the Active Mobility Act, is allowed on footpaths. 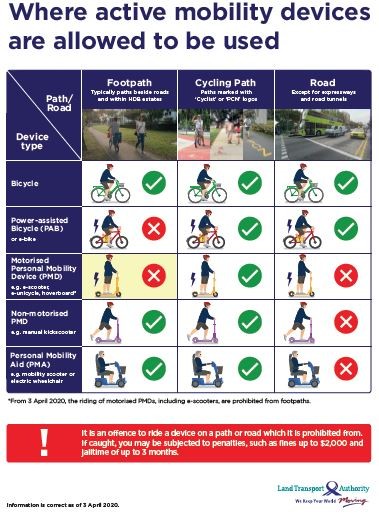 Some felt that the Grab rider should have been going at a slower speed on a footpath, while others said the pedestrian could have kept a better lookout.

A few also said the collision would have been hard to avoid, with one user commenting, "This type of accident is bound to happen."

Related Stories
PAB rider sent flying after getting hit by car in Bedok
Grab rider suspended after dispute with woman denies hitting her, says she refused to make way on footpath
PAB rider pleads with man who wanted to report him to police: Grab encourages safety and graciousness
More About:
accident
grab
pedestrian
pmd
PMDs