Grab driver whose car guy jumped on tells Stomp: "I kept my cool because I thought about his parents" 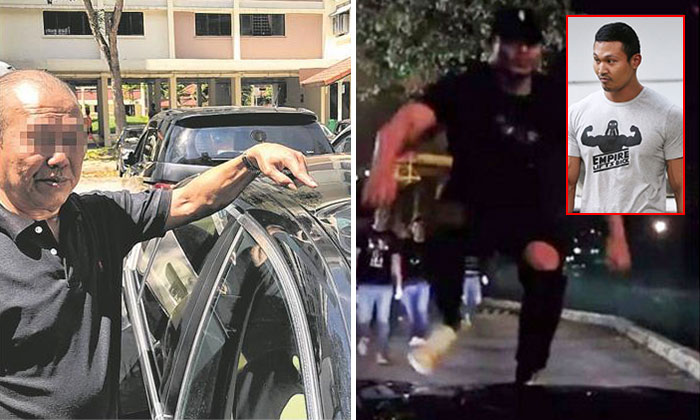 The Grab driver whose car a man jumped on for seemingly no apparent reason has spoken out about the incident.

Mr Koh Poh Choh, 72, was on his way to pick up some passengers from Envy Dance Club at 3 Sentosa Gateway on May 5, when he came across a group of people at about 3am.

A man from the group then ran towards Mr Koh’s car, before jumping onto his bonnet, stepping on his windshield and climbing on the roof of his car. 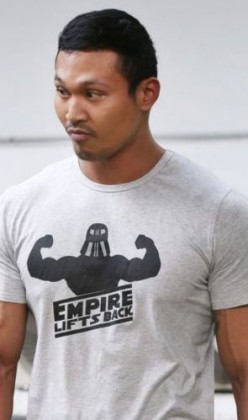 The incident was captured on Mr Koh’s dashboard camera and his son, Facebook user Belleiansa Xu, subsequently uploaded the video on Facebook.

Wrote the enraged son: "Hello! Do you have nothing better to do than to bully a 72-year-old Grab driver? My dad has done nothing to provoke you."

Hello!! Do u have nothing better to do than to bully a 72 years old grab driver? My dad has done nothing to provoke u....

The police contacted Stomp and confirmed that the 26-year-old man, Chee Chu Siong, was arrested on Sunday (May 6).

Chee was charged in court committing a rash act on Monday (May 7).

Stomp got in touch with Mr Koh to talk about the incident.

The elderly driver confirmed that he did not know anyone from the group, and the actions of the man had been entirely unprovoked.

Mr Koh said that after the man jumped off the roof of his BMW, he alighted to check for damages. He discovered that there was a dent on the roof.

Another man from the group then reportedly walked up to Mr Koh and spoke politely in Hokkien: "Uncle, 'paiseh' for my friend."

Mr Kok replied that he would have let the matter rest if his car was undamaged, but that was not the case.

Upon hearing that, the man apparently adopted a harsher tone, saying: "We apologised already, what more do you want?"

Mr Koh said he was surprised by the sudden change in the man's attitude.

According to Mr Koh, the man even wanted to climb on his car again but was restrained by his group of friends.

I’m already 72 years old and I have common sense."

Mr Koh said that he drove off after the exchange, citing: "I am quite hotheaded but I know how to control my temper. I would have driven off when the guy was on top of my car, but he is someone else’s son. I kept my cool because I thought about his parents."

Asked about the impact the incident had on his livelihood, Mr Koh said: "You can see in the video, the fellow is big sized.

"The roof of my car is fully aluminium, so it cannot be knocked back and has to be replaced.

"I feel sad because this was entirely uncalled for. I didn't offend them at all."

Mr Koh told Stomp that all he wants to do now is let the matter rest, and will not be pressing charges against the man if he compensated him for the repairs, as well as his loss of income.

He added: "I don’t want to pursue this anymore, but if he doesn’t pay up, I’ll be forced to press charges."

If convicted of committing a rash act, he can be jailed for up to six months and fined up to $2,500.