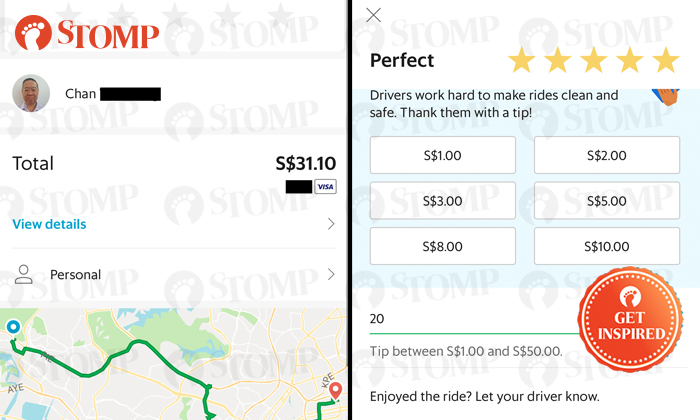 A passenger who left his wallet behind on a Grab ride did not notice the loss until his kind driver went the extra mile to return it.

Stomper Andy said he booked a Standard Taxi ride from Block 334 Jurong East Avenue 1 to Guthrie Engineering Building in Aljunied on Monday (Jan 25), at around 9am.

"I only realised it when my mother called me at night while I was still at work, saying that the Mr Chan had personally delivered my wallet back to my home, probably through the address in my IC in the wallet."

Andy was so moved by the driver's kindness that he left a $20 tip via the Grab app and decided to share the heartwarming deed on Stomp. 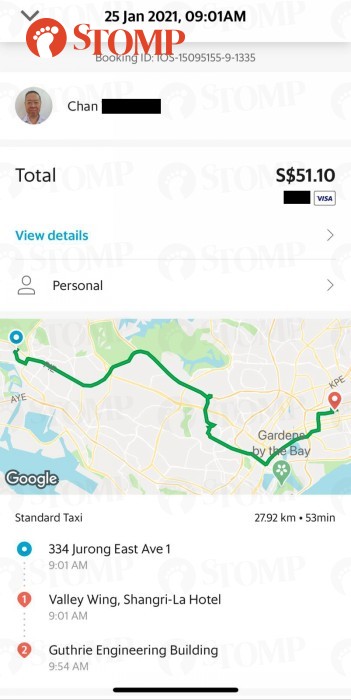 Andy added: "I didn't get to thank him personally and I hope that the small $20 tip will serve as a token of appreciation.

"I did try to contact Grab to obtain his contact details to thank him personally, but the customer service was closed as of 10pm and I was worried that the transport history would have expired by the next morning.

"I really hope that through Stomp, anyone who is in contact with him will be able to share his details so that I can thank him personally.

"Really appreciate it and kudos, Mr Chan!!! Thank you!"

Related Stories
Grab rider personally delivers lost wallet to Jurong East resident's doorstep: 'It's a miracle'
Grab driver shocked to get $100 reward and warm hug from passenger for returning phone
Passenger to Grab hero who returned her valuables: 'Thank you for keeping my faith in humanity'
More About:
inspiring
kind
kudos
heartwarming
grab