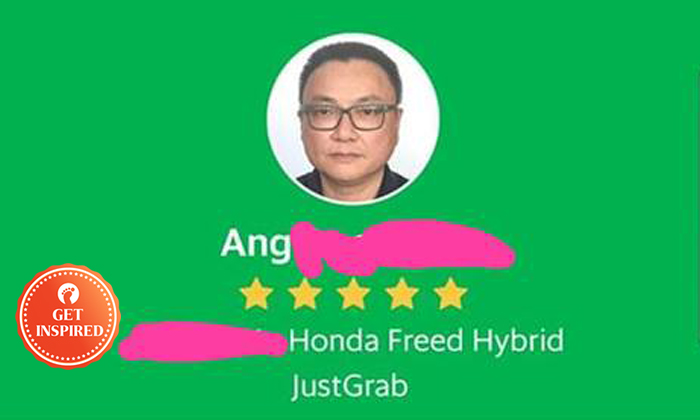 A kind Grab driver literally went the extra mile when he sent a passenger to fetch his injured son from school, before driving both of them to the hospital.

In a post on May 8, Facebook user 米克 said that his son had suffered a knock on his head after falling down in school.

After taking urgent leave from work, he booked a $10 Grab ride from his workplace in Kaki Bukit to Anchor Green Primary School.

The Grab driver, Mr Ang, struck up a conversation with the Facebook user during the ride.

Upon realising that the Facebook user was headed to the hospital with his son afterwards, Mr Ang offered to send both of them there, thus saving them the hassle of having to book another ride.

Thanking Mr Ang in his post, the Facebook user wrote that he wanted to pay extra for the additional trip but was turned down.

The Facebook post has since been shared over 1,300 times, with many netizens commending the driver for his kindness and empathy.

One wrote: "Good deeds will receive good blessings. Thank you Mr Ang for showing the good side of Singaporeans. Love you!"

Another commented: "Thank you uncle.. your kindness shows humanity does exist."

A few others also pointed out that the passenger could make use of the tipping function in the Grab app to show his appreciation for the driver.