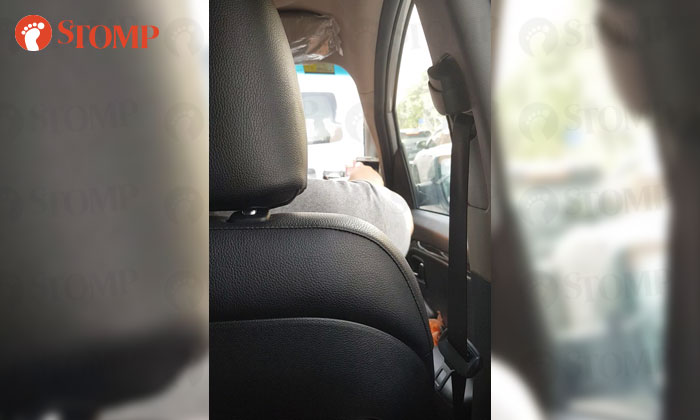 A Stomper was concerned when a Grab driver failed to wear a seatbelt while on the move and refused to buckle up even after his passengers pointed it out to him.

The Stomper had booked a ride from Sengkang to Sembawang on Saturday (Nov 24) at about 5pm when a driver surnamed Lim accepted their ride.

In a video shared with Stomp, the Stomper's husband is heard pointing out he had forgotten to buckle up.

The driver then responds, "Never mind".

When asked what he meant by that, the driver said that it was "okay" as long as the passengers were wearing seatbelts.

He then chuckles to himself.

"He did not take it seriously and even had the guts to laugh it off," said the Stomper.

She added that she wanted to share this incident to let the public be aware of drivers who "escape the law and are very irresponsible".

"Even if he wants to end his life, he should not be endangering the lives of others," she said.