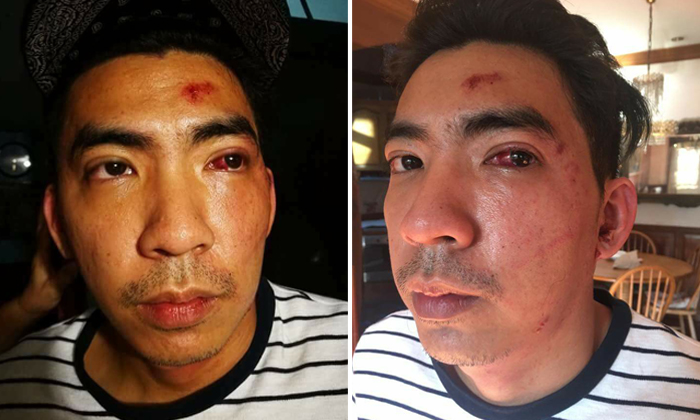 A Grab driver in Quezon City, Philippines, was allegedly beaten up by a passenger whose phone he had returned.

Yabut had written in a Facebook post on Feb 9 about how the passenger, Jinno John Simon, left his phone inside his vehicle.

According to the Philippine Daily Inquirer, Yabut said he coordinated with Grab to locate Simon, a tattoo artist.

He then called Simon, who asked if Yabut could drive to his home to return his phone.

"But … instead of thanking me, he suddenly accused me of being a thief and began to beat me up," wrote Yabut in his post.

According to a police report, Yabut was forced to sign a settlement admitting he stole the phone after officials threatened to summon his pregnant wife.

Simon has not been heard from since.