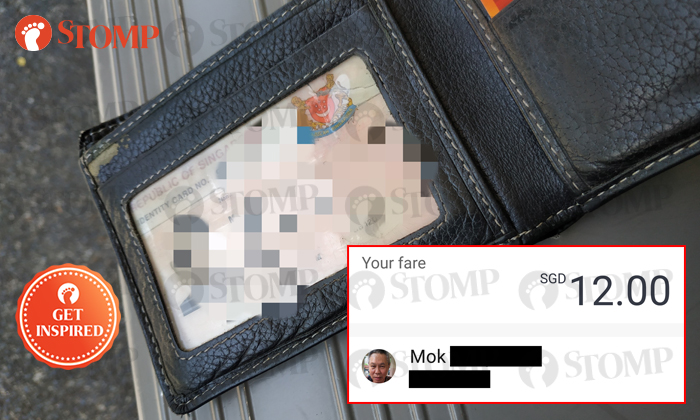 Minutes after alighting from a Grab car, Stomper Anis realised that he had left his wallet behind.

Any worries he had about the hassle involved in retrieving the wallet were unfounded, however, as his Grab driver held on to it for him and then delivered it right to his doorstep on the same night.

Anis told Stomp that he had boarded the Grab ride from his home at Bedok North Avenue 4 to Mustafa Centre on Sunday (May 19), at around noon.

He said: "Minutes after alighting, I noticed that my wallet was missing. I had taken my handphone but dropped my wallet on the floor mat in the car's passenger seat.

"I called the Grab driver, who said he would pass my wallet to me at night after work.

"At around 11pm that day, he came to my doorstep after seeing my unit number on my Identification Card and returned my wallet to me with everything intact.