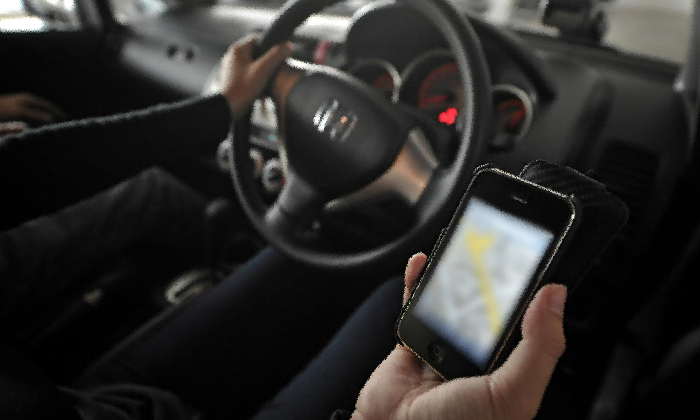 A former Grab driver was fined after he used a passenger's misplaced phone to give himself a five star rating.

Alvin Ng Liang Dong, 32, was convicted of one charge each for dishonest misappropriation of property, committing a rash act and communicating threatening and insulting words.

Another two charges, for harassment and computer misuse, were taken into consideration.

He was fined a total of $5,000 yesterday for the offences.

On Sept 9, 2017, a passenger left her phone in the back seat of Ng's car. He found and used it to give himself a five-star rating before throwing it away at a petrol kiosk.

He did so as he believed it was a waste of time to return it since Grab would not compensate him.

He was found out after the passenger used another phone to check her Grab account and saw the five-star rating.

As she was not the one who gave the rating, she suspected Ng had done so and reported the matter to Grab and the police.

In his statement to the police on June 26 last year, he admitted he lied to Grab that he did not find the phone.

He also admitted to disposing the phone due to his laziness.

On Aug 26 this year, Ng got into an argument with a cashier at a petrol kiosk after he could not get a 20 per cent discount.

As he was leaving the mart, he heard her comment about his upbringing.

Ng walked back to the counter, picked up the metal 'next counter please' sign and threw it over the counter.

The cashier was later featured on the Caltex Facebook page for her excellent service, which made him unhappy.

He shared the post on his own Facebook page on Nov 3, along with a caption insulting the woman.

She was alarmed and fearful when she saw his post on Nov 5.

Deputy Public Prosecutor Emily Koh told the court that Ng had not made restitution or compensation.

Ng told the court he was sorry for what he did to the cashier but added that he was triggered as his father was with him at the time when the cashier made those comments.

As for the phone, he claimed he had no way to contact the passenger as there was no SIM card in the phone.

District Judge John Ng fined him $5,000 and also ordered him to make a compensation of $500 for the phone.

The New Paper understands Ng is no longer a Grab driver.

For dishonest misappropriation of property, he could have been jailed for up to two years, or fined, or both.

For committing a rash act that endangers the life or personal safety of others, he could have been jailed for up to six months, or fined up to $2,500, or both.