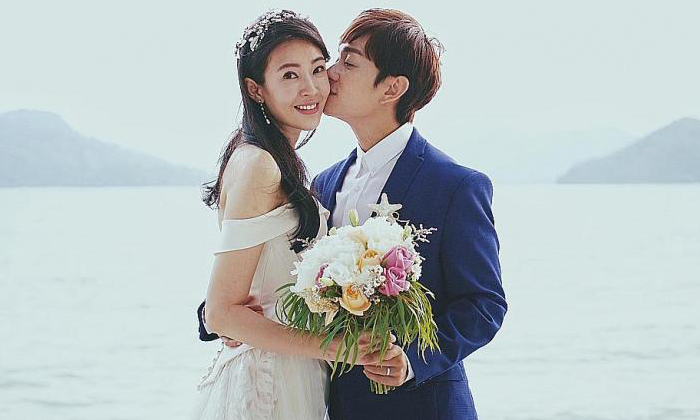 Local celebrity couple Jesseca Liu and Jeremy Chan tied the knot in the former's hometown of Langkawi on Sunday, according to a press statement.

The 38-year-old Malaysian actress and 36-year-old local actor-host dated for two years after meeting on the set of web drama Who Killed The Lead in 2014.

The duo also announced their marriage on Instagram on Sunday evening.

Chan wrote that his family gained a daughter, while Liu said hers gained a son.

The low-key wedding had 15 tables of guests, who were close friends and family members from Malaysia and Singapore.

In a joint statement, the couple said: "We didn't know it was so hectic to have a wedding.

"Thank you everyone, for these little details that will become wonderful memories later on."