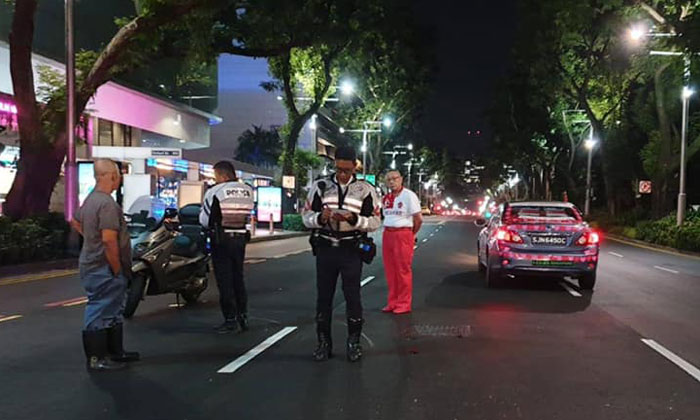 Gojek told Stomp that it has reached out to one of its driver-partners after photos circulating online showed that he was pulled over by Traffic Police (TP) officers along Orchard Road.

Several Stompers alerted Stomp to a post on SG Road Vigilante's Facebook Group page of the Toyota Altis heavily decorated with Singapore Flags in lieu of the upcoming National Day.

One of the photos showed the car with licence plate number SJN6450C in the middle of Orchard Road alongside a motorcycle.

The gallery also included photos of the same car being stopped at another location by Land Transport Authority (LTA) officers. 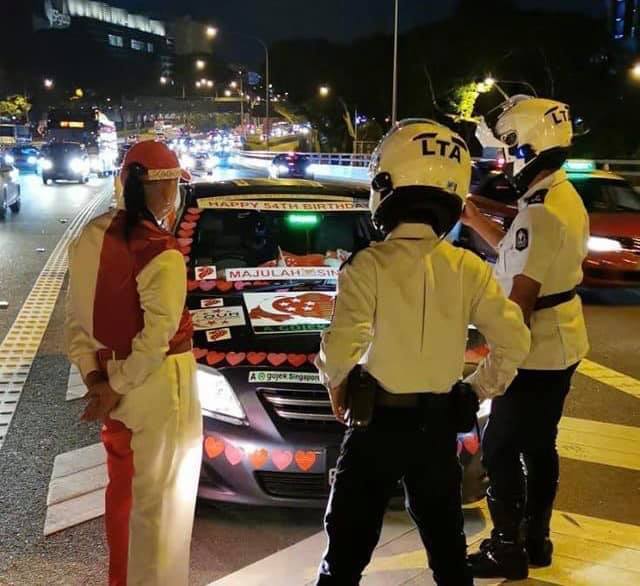 It is unclear when these incidents occurred.

In response to a Stomp query, a Gojek spokesman said: "The safety and well-being of our drivers and customers are our utmost concern.

"We are aware of the incident and we have reached out to the driver-partner to understand the matter and offer our assistance."

The Straits Times earlier interviewed Gojek driver Henry Ho, who has been decorating his car and wearing customised outfits during National Day periods for more than a decade.

This year, he installed a birthday cake model at the front of his car and custom-made an entire National Day-themed outfit that comprises a hat, shirt, coat, trousers and shoes. 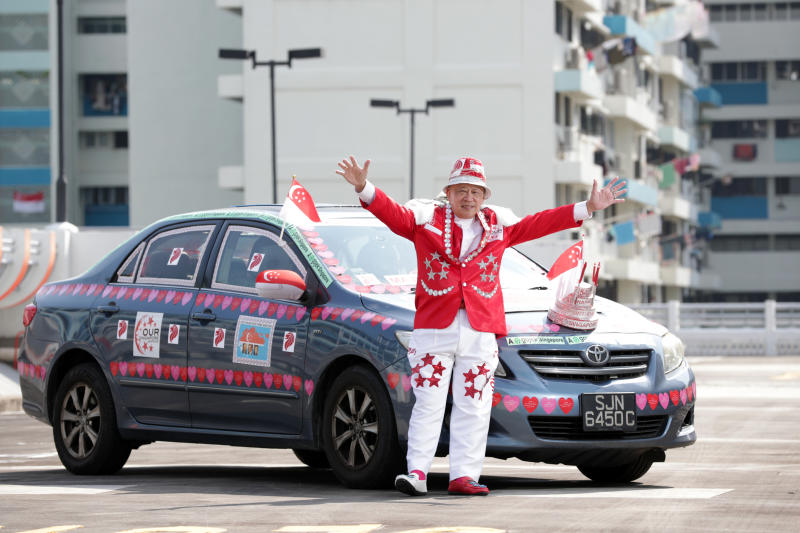 He also gives out free Singapore flags to his passengers and plays songs from his National Day music collection during rides.

"I always do the designs and wear the uniforms, because I want to remind people of it before the actual day.

"I am hoping everybody will follow, but so far I don't know anybody who has done so."