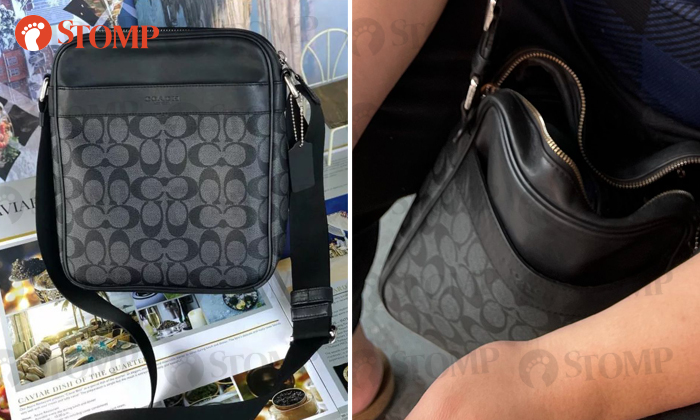 What was supposed to be a season of joy and celebration this Hari Raya has turned into one of stress and hardship for a family.

Stomper Aisyah shared how her husband, a Gojek driver, had his bag stolen from his car on Tuesday (Apr 26).

The bag contained a car remote, the driver's wallet, various cards and rental cash of $526.

Aisyah's husband had placed the bag on his front passenger seat, but moved it to the rear seats after picking up a passenger who wanted to sit in front. This journey lasted from Bedok Reservoir Road to Telok Blangah Rise.

The driver subsequently picked up a second passenger at Jalan Kilang Timor but did not move his bag. This passenger sat in the back of the car and alighted at Nim Terrace.

Aisyah's husband then drove to 212 Serangoon Road and realised that his belongings were missing. He returned to Nim Terrace and located the second passenger, who denied taking his things. He also managed to get the latter's contact number.

The driver, who believes that his bag was stolen by one of the two passengers, has informed Gojek of the matter as well as lodged a police report.

Aisyah told Stomp: "My husband is the sole breadwinner. We have two young kids and he drives a private-hire car from morning till late at night to earn money.

"As a wife, looking at my husband sitting down and stressing over this incident really breaks my heart. Things feel so hard for our whole family this Ramadan and Raya. Days that we are supposed to celebrate in joy now have to be so stressful.

"I really wish that the bag and its contents can be returned to us safe and sound even though it sounds impossible. It's not just about the items and cash lost, as replacing them will cost us extra money and time wasted.

"A police report has been made so we are hoping and praying for the best outcome.

"And lastly, whoever stole the bag, you might need it more than us. We hope you find it useful for you and family. Have a blessed day."