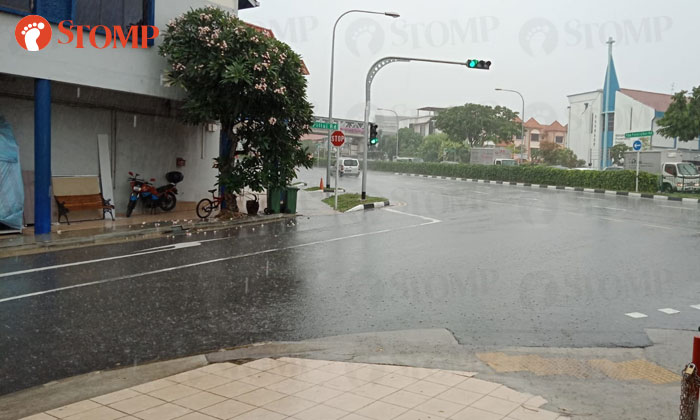 A Gojek driver allegedly forced a passenger to get out of her car during a heavy downpour despite him telling her she was at the wrong location.

Stomper Benjamin had booked a ride from his home at Castle Green at Yio Chu Kang Road to Lotus Medical Clinic, where he works, at 155 Upper Paya Lebar Road on Tuesday morning (Oct 22).

Benjamin told Stomp: "It was around 7.30am and I was running late that morning.

"Since it was also raining heavily, I decided to book a ride with Gojek from my home. 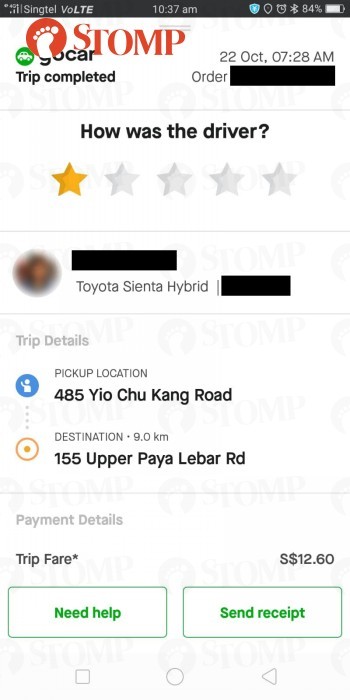 "During the course of the trip, I noticed that the driver was not going in the correct direction and although I tried to tell her so, she insisted that she has to adhere to the route allocated to her by the GPS.

"Despite all my protests, she insisted that I alight at 1 Pillai Road which was about 1.3km from the destination that I had specified in my booking.

"No amount of persuasion could convince her that she had arrived at the wrong destination and she even threatened that if I did not get off she would call the police."

Benjamin had no choice but to alight the vehicle into the heavy rain. He subsequently booked a Grab ride to the clinic from Pillai Road which cost him an additional $8.

"After looking back on the incident, I realise of course that this may have been due to some malfunction of the GPS in Gojek's app," he said.

"Understandably, such things happen from time to time but what struck me as unacceptable was the lack of basic knowledge of many drivers and an over-dependance on GPS to carry out their work."

Gojek told Stomp it has reached out to the driver and the rider to resolve the issue.

Benjamin confirmed with Stomp he was given a refund for his ride and a $10 voucher after reporting the incident to them.

Related Stories
Gojek reaches out to patriotic driver after he was pulled over by TP officers along Orchard Rd
Woman thanks Gojek driver after delivering baby in his car: 'He didn't want our money'
Gojek investigating case of driver failing to pick up couple after telling them "the weather is too hot"
More About:
Gojek
bad service