Gojek driver in viral video says he didn't ask for donations, warns people about being cheated 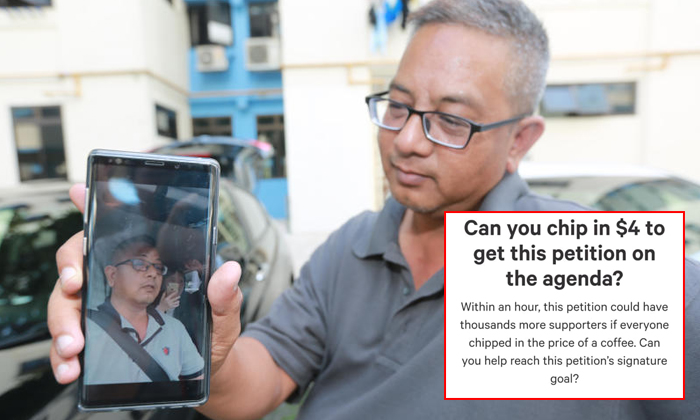 Appeals for donations have been made 'on behalf' of the Gojek driver embroiled in a viral dispute with a female passenger -- without his knowledge.

Kamaruzzaman Abdul Latiff, 49, was accused by a passenger of kidnapping her after he picked her up in Bishan on Jan 29.

The passenger was reportedly upset that Mr Kamaruzzaman could not avoid the Electronic Road Pricing (ERP) gantries during the journey.

Gojek later said that it has investigated the incident, adding: "A fair outcome has been reached with the driver partner and we are of the view that the matter is now concluded."

According to Mr Kamaruzzaman, Gojek also told him that there was "nothing wrong" with what he did and that the company "won't do anything" to him.

The Land Transport Authority (LTA), which said a complaint had been filed against Mr Kamaruzzaman, told Stomp on Feb 4 that it was looking into the incident.

A petition started on Feb 3 is appealing for the LTA to show leniency towards Mr Kamaruzzaman.

Titled 'Save Abang Driver', the petition stated: "Abang has three children and is the sole breadwinner of his family. The loss of income during the period of possible suspension will hit his finances hard."

It has received over 47,000 signatures to date.

However, there have also apparently been netizens who are donating to the petition. 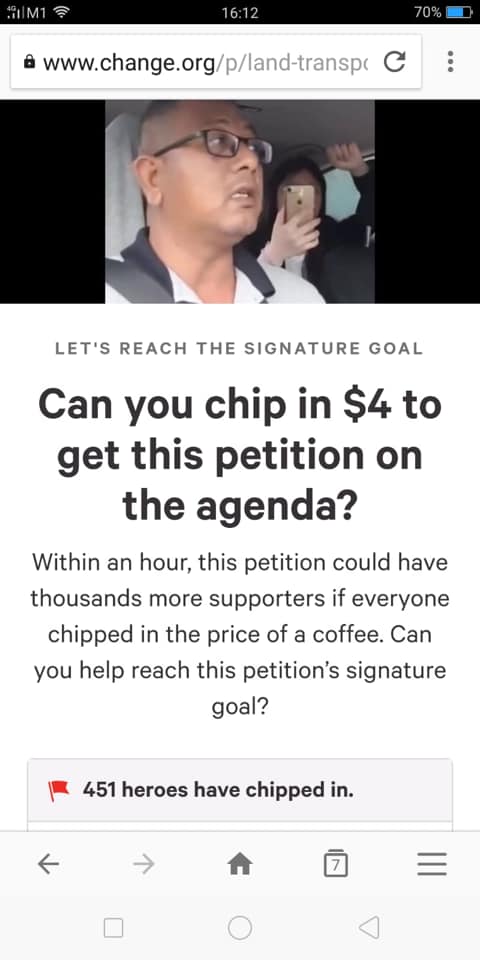 In a post that has since garnered more than 1,800 shares, Facebook user Zarina Jaffar wrote: "The petition that is going around asking for donations for Mr Kamaruzzaman is not to his knowledge.

"He doesn't know anything about it or who is the one asking for the donations."

The Facebook user also said that the donations go to the petition's website, and not the person who started the petition or Mr Kamaruzzaman.

Apologising for the "trouble", Mr Kamaruzzaman posted on Facebook: "I was told that someone is collecting a $4 donation of behalf of me.

"Pls... pls... pls... stop donating as I'm not aware of this and never asked [for] any donations or asked someone to do it for me.

"PLS STOP THE DONATION SOMEONE IS TRYING TO CHEAT U GUYS."

Mr Kamaruzzaman confirmed with Stomp that he made the posting.

Related Stories
Gojek driver in viral video summoned for LTA interview after complaint lodged against him
Gojek driver reacts to his own video in interview with Dzar Ismail and Raja Razie: "I lost sleep"
Is it because you’re in an emergency? Otherwise, please use Grab or Gojek, not ambulance
'Fair outcome' reached for Gojek driver and passenger in viral video over alleged kidnapping
Passenger accuses Gojek driver of kidnapping her after she refuses to pay for ERP
More About:
Gojek
viral
dispute
argument
passenger
private hire driver