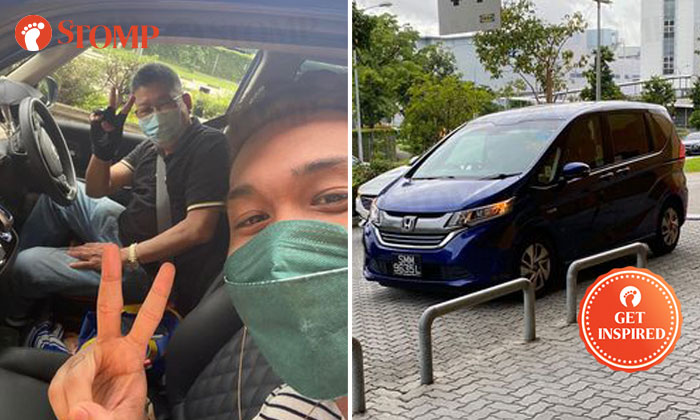 A Stomper was left in a state of shock and panic when he realised he had lost his phone but a kind Gojek driver turned his luck around.

Stomper Farhan shared with Stomp that he had booked a Gojek ride from Punggol to Ikea Tampines on Sunday (Dec 12) and only realise he had left his phone in the car after he had exited it.

"I was totally shocked and panicked because I didn't know what to do," Farhan said.

"I didn't know who could help me so I stood there for about 45 minutes when this uncle actually came back to where he dropped me off.

"He had another customer but was still willing to come back and return my phone!

"I gave him a reward and belanja (treated) him!

"I hope Gojek will give him a good reward for his kindness.

"Thanks, Uncle, may God bless you!

"Hopefully, after posting this he will receive more blessings and rewards."