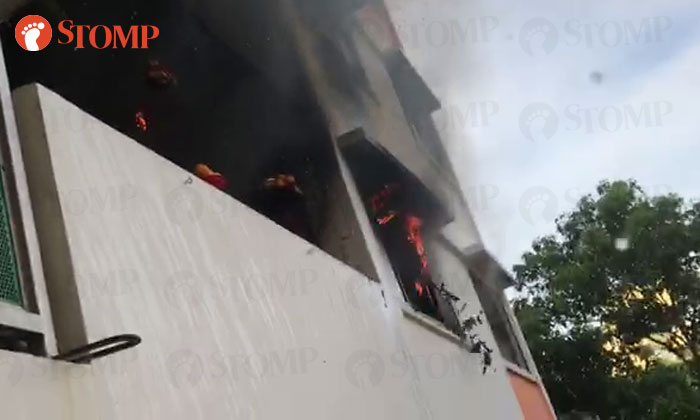 A fire broke out in the living room of a unit at Block 235 Lorong 8 Toa Payoh on Tuesday morning (Jan 8).

Stomper Carlo, a resident at the block, alerted Stomp to the fire and shared a video he took from outside his flat on the fifth floor.

In the video, flames and smoke can be seen coming out from a sixth-floor unit.

The shattering of glass is heard as fragments fall from one of the unit's windows to the ground.

"We heard a loud explosion and heard someone from the same floor shouting for help about the fire," Carlo said.

"We were worried as the fire broke out above our unit.

"Thankfully, nobody was hurt."

In response to a Stomp media query, a Singapore Civil Defence Force (SCDF) spokesman said they responded to the fire at about 8.52am.

The fire involved the contents of a living room and was extinguished by SCDF using one water jet.