Girl whacks guy with shoes during fight in Yishun at 5am, police called in 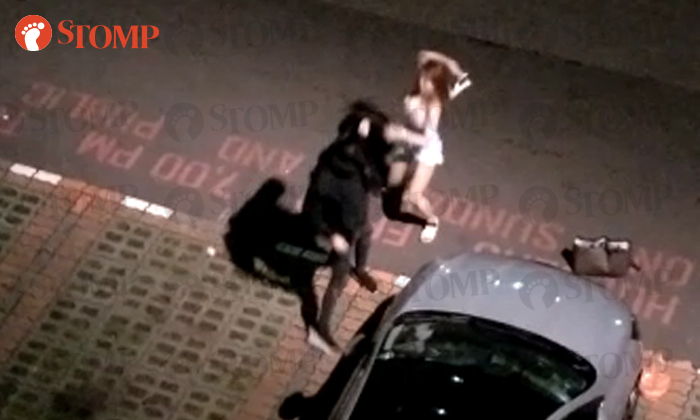 A couple was caught on camera fighting at the carpark of Block 752, Yishun Street 72 at around 5am on Saturday (May 5).

Stomper Anonymous witnessed the incident and filmed videos of the altercation.

Said the Stomper: "I was woken up from my sleep at about 5am, after hearing shouts coming from below my block."

In the videos, the couple can be seen arguing and tussling with each other.

The woman was also holding a shoe, which she used to hit the man with.

The man then removed the shoe from her grasp and tossed it aside.

This led the woman to remove her other shoe and continue hitting the guy.

Anonymous added: "The police were alerted to the incident after awhile."

A photo taken by Anonymous also shows two police officers speaking to the couple at the scene. The woman appeared to be barefooted. 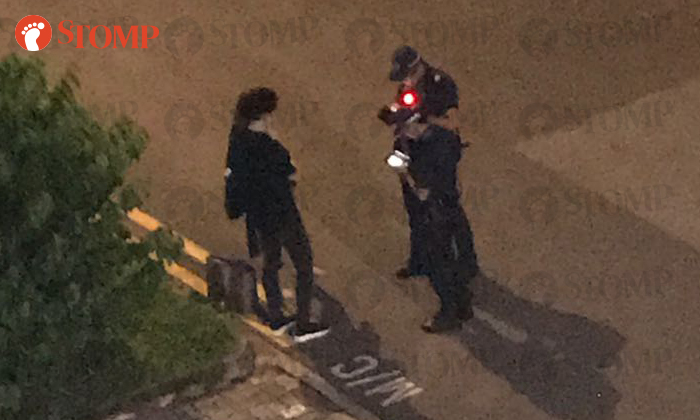 Stomp understands that the couple were fighting over relationship issues.

They had already resolved the conflict when police arrived at the scene.

Related Stories
Woman taunts man to hit her -- so he really does, in most bizarre fight ever at Hougang
Couple keep Yishun neighbourhood awake with their loud quarrelling: "You think I'm scared of you?"
'Tiny' woman beats up man and flees with bag at Kampong Glam
More About:
couple
fight
dispute
argument
Yishun